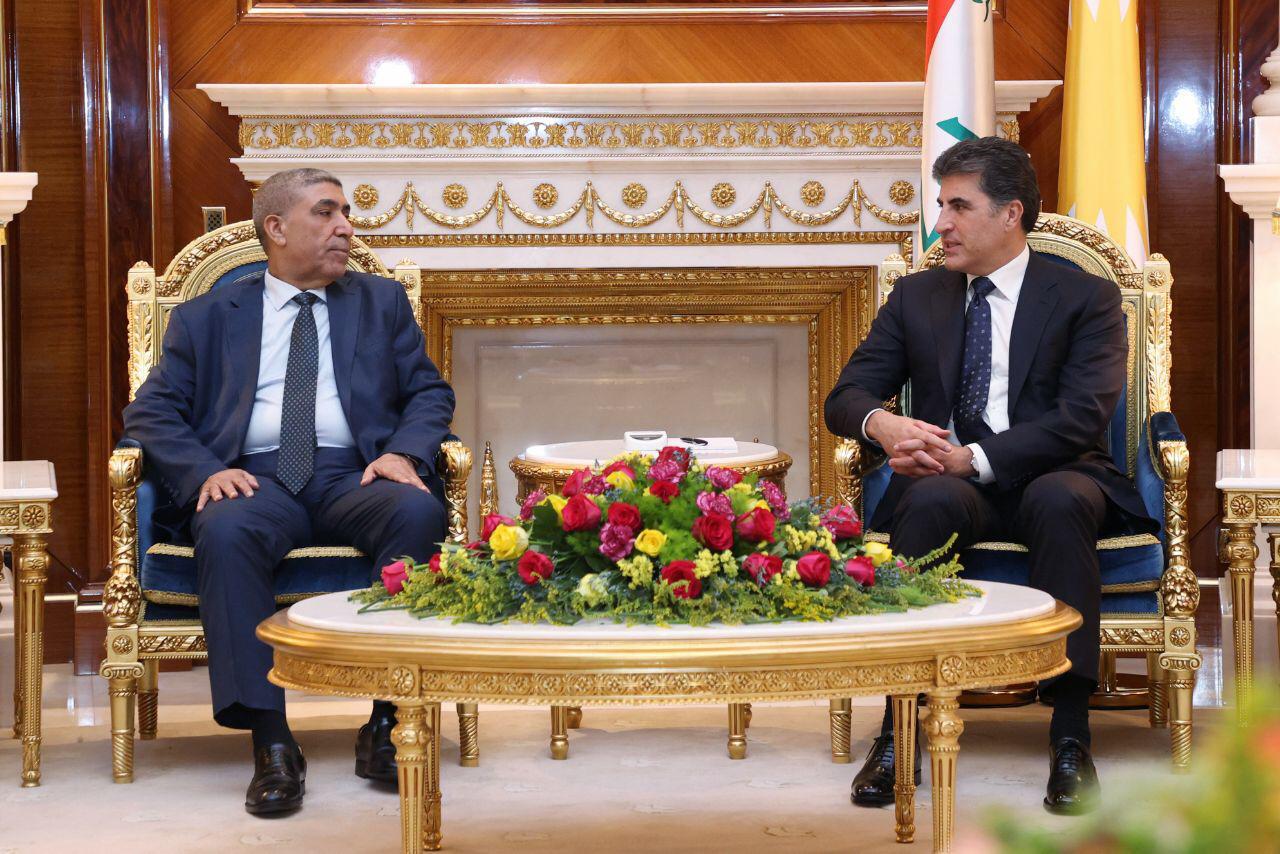 Shafaq News/ The President of the Kurdistan Region and the Vice President of Kurdistan Democratic Party (KDP), Nechirvan Barzani, received on Tuesday the chair of the Political Bureau in the Sadrist movement, Nassar al-Rubaiee, flanked by a delegation from the movement.

A readout issued by the Presidency of the Region said that the meeting attended by members of the KDP Political Bureau discussed the latest updates on the situation in Iraq, the political process in the country and its prospects, the upcoming parliamentary elections, the Baghdad-Erbil ties, and other issues of mutual interest.

Views converged on the necessity of changing gears in the political process in the country, especially eighteen years after the liberation. "[The Country] has entered a new phase and conditions. It must better meet the requirements of the current phase, the aspirations, and future demands of the people of Iraq and its components," calling for "taking lessons from past mistakes, bolstering mutual understanding and state institutions, and securing safety, stability, and prosperity."

Elsewhere, the visiting delegation convened with the Kurdish leader, Masoud Barzani. Barzani and his guests exchanged views on issues related to the political situation in Iraq and the challenges to the political process, Baghdad-Erbil relations, the legislative elections scheduled for October 10, and the Iraqis outlook for the country.

The meeting asserted that the diversity in Iraq is not a product of a "political decision" rather than "a historic deep-rooted" characteristic of the country. "respecting  the national partnership, building trust between the communities, and forging a new phase of the political process is crucial."

In another aspect of the meeting, the attendees laid emphasis on "preserving the rights of the communities and maintaining the balance between all parties in the country" in the upcoming phase, as well as "providing services to the people" as a flagship project.

Both sides agreed upon maintaining communication and cooperation amongst themselves to realign the course of the political process.