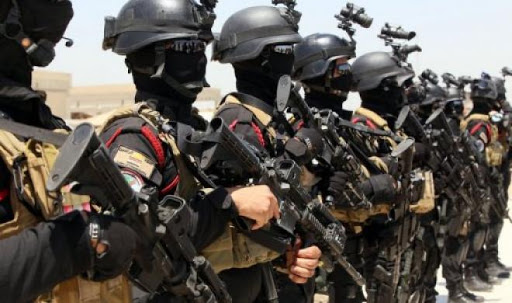 Shafaq News/ A force from the Iraqi National Security Services apprehended a senior ISIS terrorist after a long manhunt throughout three governorates.

A statement issued earlier today, Monday, by the Security Media Cell (SMC) said that the terrorist served in a variety of different positions in the terrorist organization, most prominently the "General Prince" to the Shamiya, Raqqa, Badiya, Saladin, and Baghdad provinces.

The arrestee confessed to orchestrating many terrorist operations against civilians and security forces, in addition to his intentions to devise terrorist plots against targets in Baghdad.