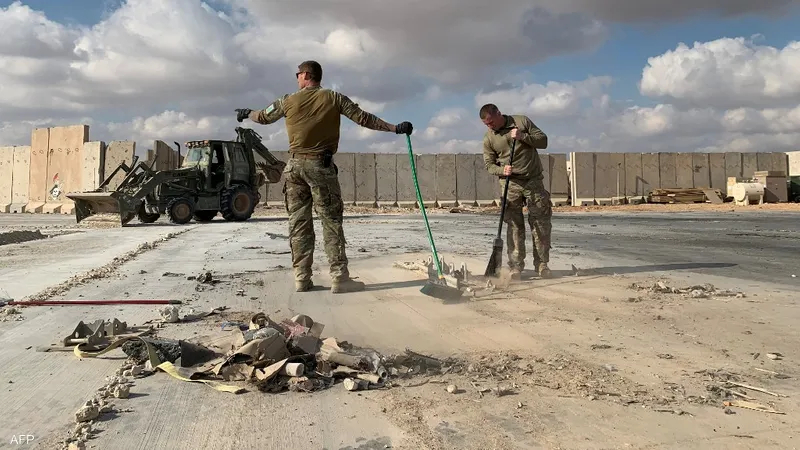 A security source told Shafaq News Agency that the rockets were launched from the western side of the Base.

He did not provide further details.

Earlier this year, five rockets landed inside the Base.

The Base hosts Iraqi Armed Forces and Global Coalition forces.

It was the second-largest US military airbase in Iraq during Operation Iraqi Freedom.

It is worth noting that the foreign military facilities were subjected to repeated targeting in the country.

No one claimed responsibility for the attacks, but Washington accuses armed Iraqi factions linked to Iran of being behind the attacks, especially following the killing of the Iranian Quds Force commander, Qassem Soleimani, and the deputy head Al-Hashd Al-Shaabi, Abu Mahdi Al-Muhandis, in an American airstrike near Baghdad International Airport.