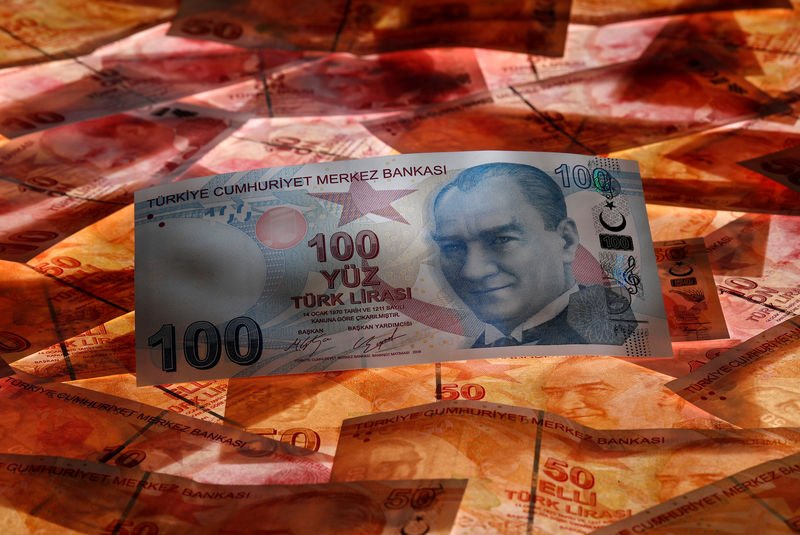 Shafaq News/ The Turkish lira slid as much as 4.6% against the dollar in thin and volatile trade on Monday, nearing record lows touched last week,after President Tayyip Erdogan ordered a probe into possible currency manipulation.

The currency has crashed this month after Erdogan repeatedly defended his low-rates policy despite widespread criticism. Under pressure from him, the central bank has slashed rates by 400 basis points since September to 15% and is mostly expected to ease again in December.

Last Tuesday, the currency hit a record low of 13.45 - marking a slide of 45% this year- after Erdogan said he would continue battling interest rates despite inflation of 20%.

State-run Anadolu news agency reported on Saturday Erdogan tasked the State Supervisory Council, an auditing agency which reports to the presidency, to identify institutions that bought large amounts of foreign currency and to determine whether any manipulation had occurred.

Market attention was set to focus this week on gross domestic product data and November inflation figures on Friday.

A Reuters poll forecast annual inflation will hit a three-year high of 20.7% in November, while economists forecast the lira slide will send inflation toward 30% next year.

The lira's spiral has upended household spending plans, disrupted the supply of some medications and briefly halted the sales of some other imports like cellular phones.

Many economists and opposition lawmakers have called for an immediate policy reversal and elections, while the government is increasingly standing by Erdogan's push for monetary stimulus despite the risks.

Turkish lira weakens to 15.16 against dollar