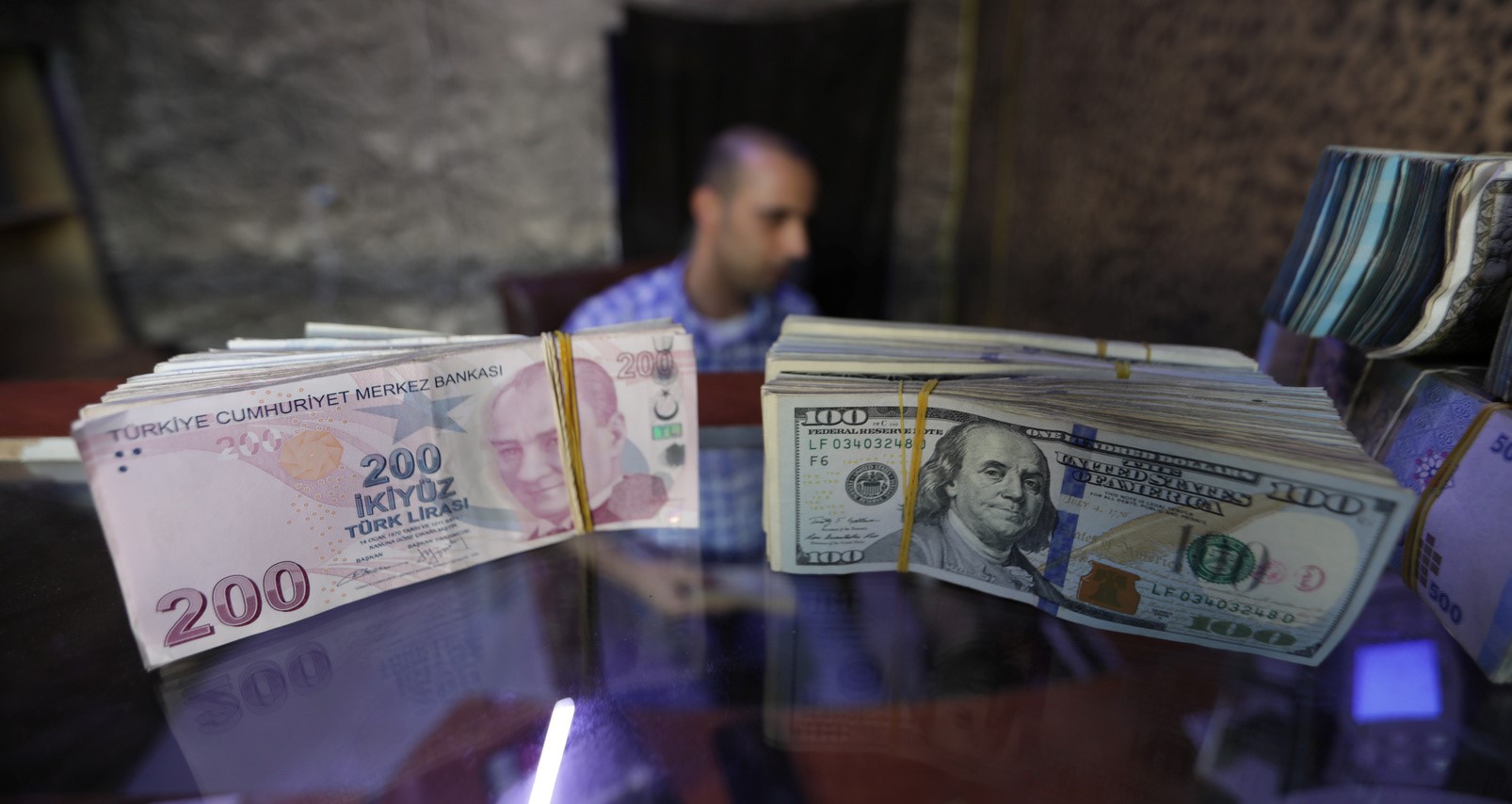 Shafaq News / Turkey's lira tumbled 1% to a fresh record low on Friday, extending a slide a day earlier when the central bank cut rates by 200 basis points, despite rising inflation, in a shock move derided as reckless by economists and opposition lawmakers.

Under pressure from President Tayyip Erdogan to ease policy, the bank lowered its repo rate to 16%. That followed a surprise 100-point cut in September, setting Turkey well apart in a world in which most other countries are tightening.

One of the worst performing emerging market currencies in recent years, the lira <TRYTOM=D3> was worth 9.63 to the dollar at 0820 GMT after touching an all-time low of 9.66.

The currency had already slumped 3.4% on Thursday after the surprisingly large rate cut, and has depreciated 23% so far this year - helping to push inflation to near 20% and eroding household incomes.

The leader of Turkey's main opposition Republican People's Party (CHP), Kemal Kilicdaroglu, likened the rate cut to a "betrayal of the country" ordered by Erdogan.

The president has urged monetary easing in order to boost credit, exports and jobs - though most economists say that will backfire given the sharp lira depreciation, high foreign debt and inflation well above a 5% target.

Wall Street bank JPMorgan ratcheted up its year-end inflation forecast to 19.9%, from 16.7% before the latest rate cut, and said it was "interesting to see the bank venturing steeper rate cuts" in a world battling rising inflation.

Thursday marked the biggest daily decline since Sahap Kavcioglu was appointed central bank governor in March, triggering an intraday slide of 10%. Erdogan has sacked three governors in less than 2-1/2 years, undermining the bank's credibility and scaring foreign investors away.

Bankers noted that bond and loan rates were continuing to rise despite the policy easing, a sign that traders think the central bank will need to soon reverse course.

The yield on the treasury's 10-year benchmark bond has risen 400 basis points in the time that the policy rate has been hiked 300 points.

Much of the drop in lira has been since the start of September when the central bank began giving dovish signals.

It said on Thursday there would be little room for more rate cuts this year given what it called transitory price pressure on food, energy and other imports, which have sent Turks' living costs soaring as the currency depreciated.

The rate cut was twice as much as the most dovish estimate in a Reuters poll, which forecast only 50 or 100 basis points.

Erdogan, who has described himself as an enemy of interest rates, last week he fired three monetary policy committee (MPC) members - including two seen to oppose rate cuts - setting the stage for more easing.

After the markets close on Friday, investors will be looking out for a scheduled review of Turkey from ratings agency Standard & Poor's.