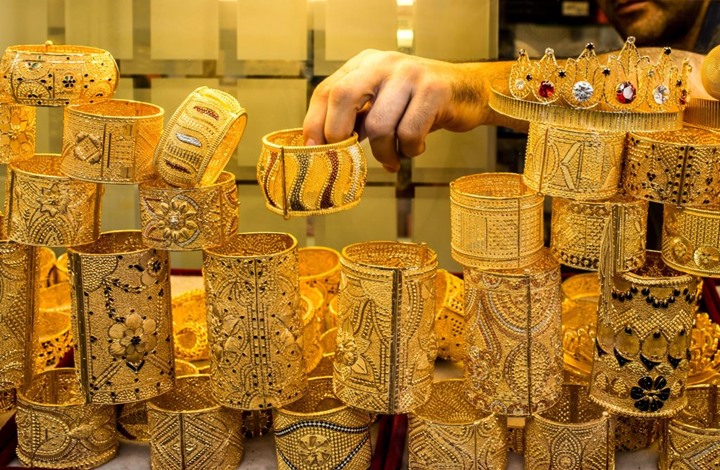 Shafaq News/ Gold prices rose on Friday but were set for their worst week since March 2020 after the U.S. Federal Reserve’s hawkish turn lifted the dollar and dented the safe-haven metal’s appeal.

It was the Fed reversal in policy outlook that triggered the drop-in gold prices, said ED&F Man Capital Markets analyst Edward Meir, adding “the reaction in gold has been somewhat overdone.”

“Despite the current high-growth, inflationary environment, the proposed Fed rate hikes are not expected to set in for at least another 18 months. So, after a little bit more weakness here, gold prices will regroup and push higher,” Meir said.

The Fed on Wednesday signaled it would be considering whether to taper its asset purchase program meeting by meeting and brought forward projections for the first post-pandemic interest rate hikes into 2023.

Following hawkish comments from Fed officials, the dollar jumped to a two-month high and was on track for its best week in nearly nine months.

Though gold is considered as a hedge against inflation, higher interest rates will reduce its appeal as they translate into a higher opportunity cost of holding the metal.

On the technical front, gold fell below the psychologically significant $1,800-per-ounce mark and other key support levels, including the 100-day and 200-day moving averages, which is usually viewed as a bearish sign.

The Bank of Japan on Friday maintained its massive monetary stimulus to support the country’s economic recovery and extended a deadline for asset-buying and loan programmes introduced last year.

Elsewhere, palladium gained 1.7% to $2,540.24 per ounce but was on track for its worst week since late March following a sharp drop on Thursday.