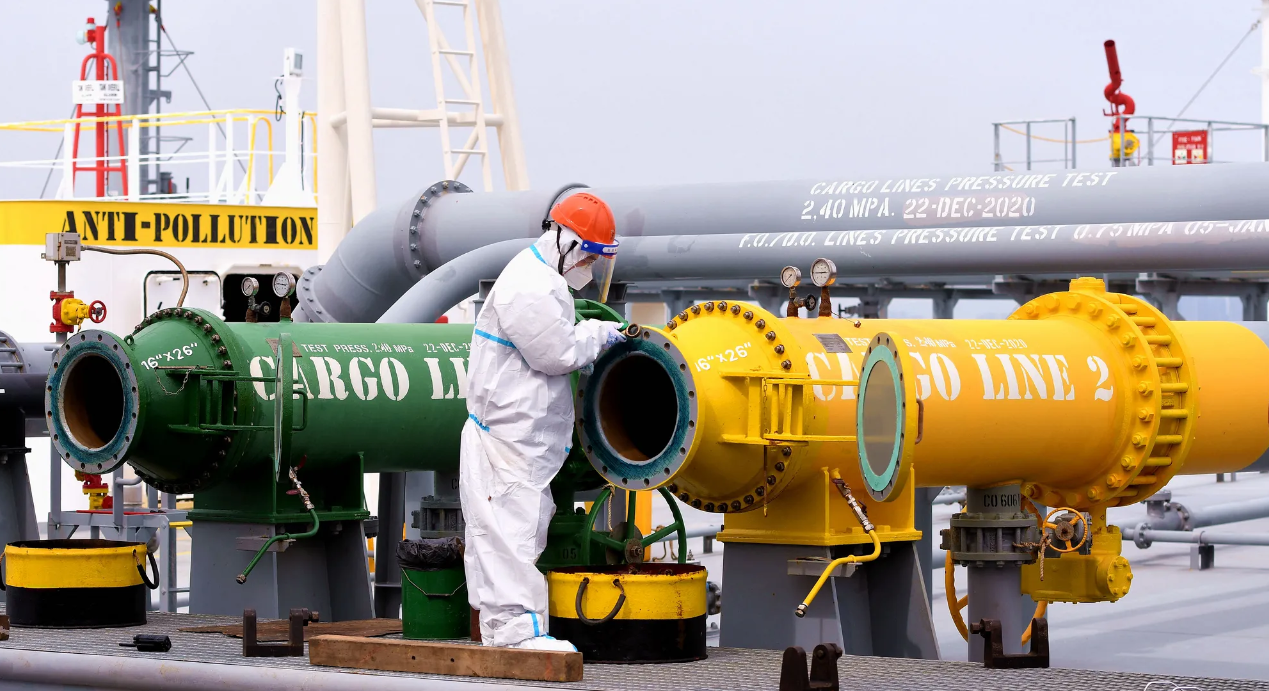 Shafaq News/ Oil trickled down on Thursday, hovering around two-month lows, as the proposed price cap on Russian oil from Group of Seven (G7) nations was considered higher than the current trading levels, alleviating concerns over tight supply.

Both benchmarks plunged more than 3% on Wednesday on news the planned price cap on Russian oil could be above the current market level.

The G7 is looking at a cap on Russian seaborne oil at $65-$70 a barrel, according to a European official, though European Union governments have not yet agreed on a price.

The range of $65‑$70 would be higher than markets had expected, Commonwealth Bank commodities analyst Vivek Dhar said in a report. It would reduce the risk of global supply being disrupted, Dhar said.

"If the EU agree to an oil price cap of $65‑$70/bbl this week, we see downside risks to our oil price forecast of $95/bbl this quarter," Dhar said.

EU governments will resume talks on the price cap on Thursday or Friday, according to EU diplomats.

Oil prices also came under pressure after the Energy Information Administration (EIA) said on Wednesday that U.S. gasoline and distillate inventories had both risen substantially last week. The increase alleviated some concern about market tightness.

But crude inventories (USOILC=ECI) fell by 3.7 million barrels in the week to Nov. 18 to 431.7 million barrels, compared with analysts' expectations in a Reuters poll for a 1.1 million-barrel drop.

"EU oil sanctions aside, so long as lockdowns continue to dot the landscape, the oil market's top-side aspirations will be limited," said Stephen Innes, managing partner at SPI Asset Management, in a note.

China on Wednesday reported the highest number of daily COVID-19 cases since the start of the pandemic began nearly three years ago. Local authorities tightened controls to stamp out the outbreaks, adding to investor worries about the economy and fuel demand.

Meanwhile, Chevron Corp could soon win U.S. approval to expand operations in Venezuela and resume trading its oil once the Venezuelan government and its opposition resume political talks, four people familiar with the matter said on Wednesday.

Both Venezuelan parties and U.S. officials are pushing to hold talks in Mexico City this weekend, the people said. They would be the first such talks since October 2021 and could pave the way for easing U.S. oil sanctions on the nation, a member of the Organization of the Petroleum Exporting Countries (OPEC).