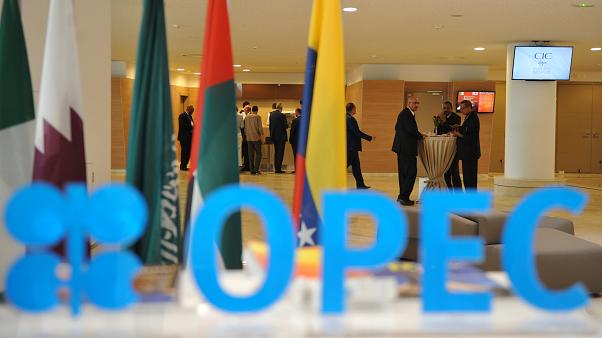 Shafaq News / OPEC downgraded the outlook for demand for its crude over the next two quarters, in keeping with the group’s plans to keep a tight rein on supply.

The Organization of Petroleum Exporting Countries trimmed estimates for the amount of crude it will need to pump in the second quarter by 690,000 barrels a day, amid a weaker picture for demand and stronger growth in rival supply.

“Ongoing lockdown measures, voluntary social distancing and other pandemic-related developments” continue to weigh on economic activity, the group’s Vienna-based research department said in its monthly report. Conditions should improve in the second half of 2020, it added.

The wariness is consistent with last week’s decision by Saudi Arabia and its fellow producers across the Organization of Petroleum Exporting Countries and its allies. The coalition surprised traders and propelled prices to a 14-month high above $70 a barrel by largely refraining from restoring any more of the production halted during the coronavirus.

Crude traders had widely expected OPEC+ to agree to revive about 1.5 million barrels a day at last week’s meeting, and the shock move has divided observers on whether the alliance now risks over-heating global markets.

The report published on Thursday confirms that OPEC doesn’t share those concerns. The cartel reduced its overall forecasts for the volume of crude it will need to provide this year by 250,000 barrels a day, compared to last month’s report, to an average of 27.26 million a day.

As the group is pumping considerably below this level, it should manage to deplete surplus oil inventories that accumulated during the pandemic.

Output from OPEC’s 13 members plunged by 647,000 barrels a day to 24.848 million a day last month, the report showed, as de facto leader Saudi Arabia implemented extra cutbacks to speed up the market’s rebalancing.

The kingdom said at the group’s last meeting on March 4 that, out of a sense of “caution,” these additional extra curbs will remain in place in April, and be reversed only gradually thereafter.

Still, OPEC expects the demand outlook to brighten in the second half of 2021. It boosted projections for global oil demand in the fourth quarter by 970,000 barrels a day, and requirements for its crude in that period by 400,000 a day.

“By the end of the first half, economic activity is expected to accelerate as the impact of the pandemic is expected to taper off,” the group wrote in its report. This momentum will be “supported by pent-up demand, especially in contact-intensive service sectors such as tourism and travel.”

That could allow OPEC to reverse some of the output restraints, which -- including Riyadh’s additional cuts -- now stand at about 8 million barrels a day, or roughly 8% of global supplies.

The 19th OPEC and Non-OPEC Ministerial Meeting concluded on Sunday