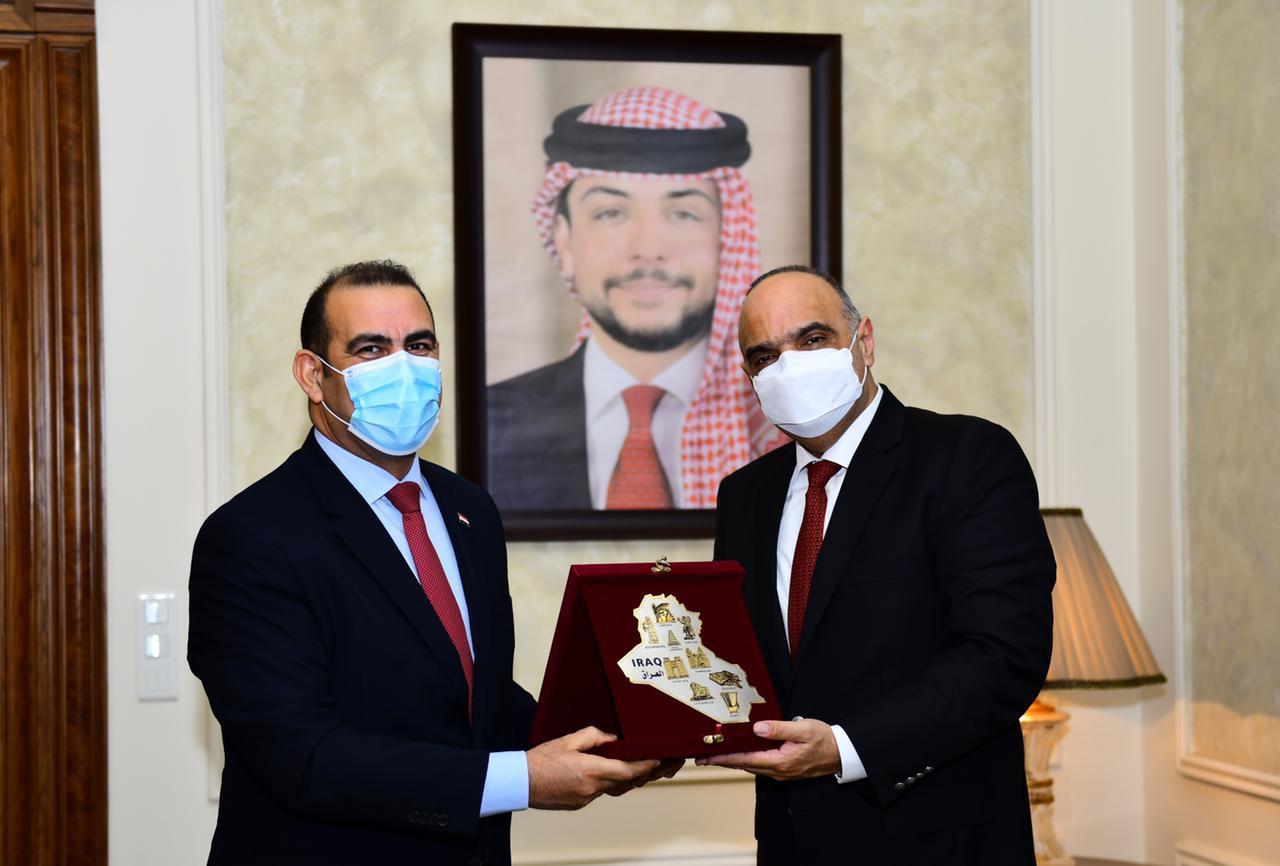 Shafaq News/ The Jordanian Prime Minister, Bisher Al-Khasawneh, pledged on Wednesday to establish the industrial city, extend the oil pipeline and the electrical powerline between Iraq and Jordan.

This came during his meeting today with the Iraqi ministerial delegation participating in the tripartite coordination meetings between Jordan, Iraq, and Egypt, according to Jordanian media.

During the meeting, which was attended by members of the Jordanian ministerial delegation, the Prime Minister stressed the importance of the tripartite mechanism that benefit Jordan, Egypt, and Iraq and their peoples and establishes for deepening economic and commercial integration in the fields of oil, gas, transport, and construction, stressing that this mechanism runs in parallel with the bilateral mechanisms of joint Arab cooperation.

He added that Jordan is looking with interest to implement joint projects with the Iraqi side, including in particular the economic city on the borders of the two countries and the implementation of the oil pipeline project, logistical areas, and electrical connectivity.

The minister said that the repercussions of the COVID-19 pandemic delayed many projects' progress, stressing the seriousness of completing the economic city, electrical linking, oil pipeline, and projects in the areas of housing and roads.

A round of official talks between the Iraqi and Jordanian delegations began in the Jordanian capital, Amman, this Wednesday morning, with the Egyptian ministerial delegation participating online.

The delegations also discussed memoranda of understanding signed on agricultural cooperation and food security, as well as the fields of pharmaceutical, agricultural pesticides, and chemical industries.

The Iraqi delegation called on the technical teams from the Jordanian and Egyptian sides to visit Iraq to view the specific sites to establish projects listed in the signed memoranda.

The final report of the discussions will be prepared and presented to the leaders of the three countries to reach the final recommendations that will be ratified during the tripartite summit to be held in Baghdad.