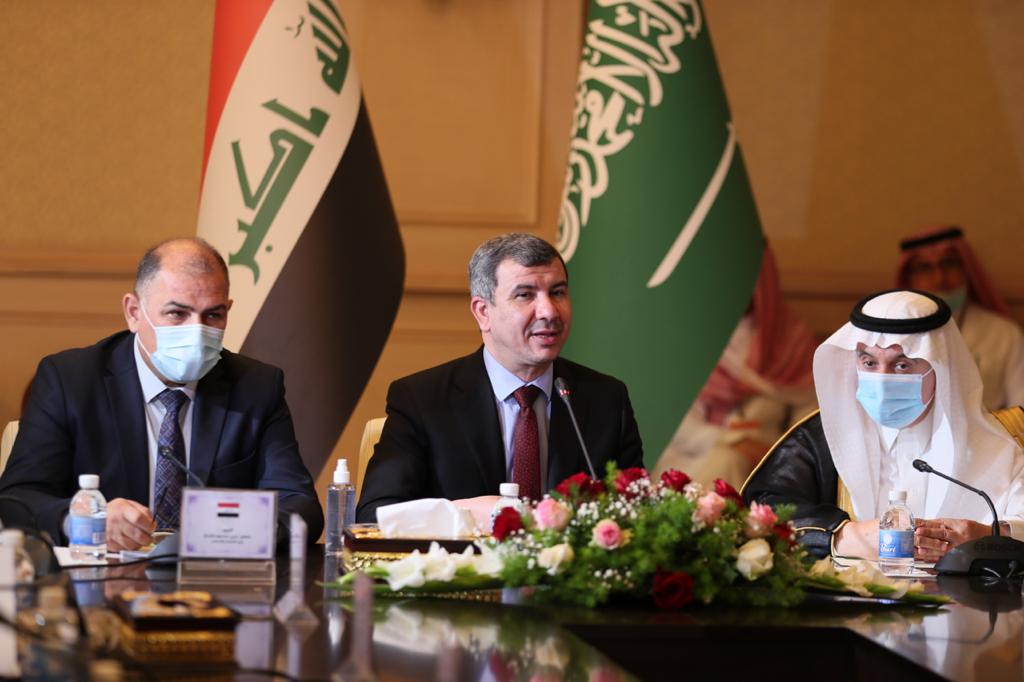 Shafaq News / The Minister of Oil, Ihssan Abdul-Jabar, confirmed on Sunday the government's keenness to strengthen bilateral relations with Saudi Arabia in a way that serves common interests.

This came on the sidelines of launching work of the Iraqi-Saudi committee in the capital, Baghdad

Abdul-Jabbar said in a statement, "this meeting comes in continuity with previous meetings, through which we aim to activate memoranda of understanding, as well as enhance it with new projects in the fields of electricity and petrochemical industry and investing in gas."

Moreover, Saudi Energy Minister Abdulaziz bin Salman stressed, "the Kingdom's keenness to develop and sustain relations with the brothers in Iraq and work to accelerate the implementation of joint projects in all fields."

The head of the Saudi delegation, Minister of Industry Bandar bin Ibrahim Al-Khareef, referred to, "the importance of strengthening bilateral relations between the two countries", expressing his hope that the discussions would lead to promising joint investment projects in all fields."

It is noteworthy that the Saudi delegation arrived in Baghdad this morning to hold a meeting of the Iraqi-Saudi committee. The delegation includes officials from the ministries of energy, electricity, oil, industry, environment, and several Saudi companies.