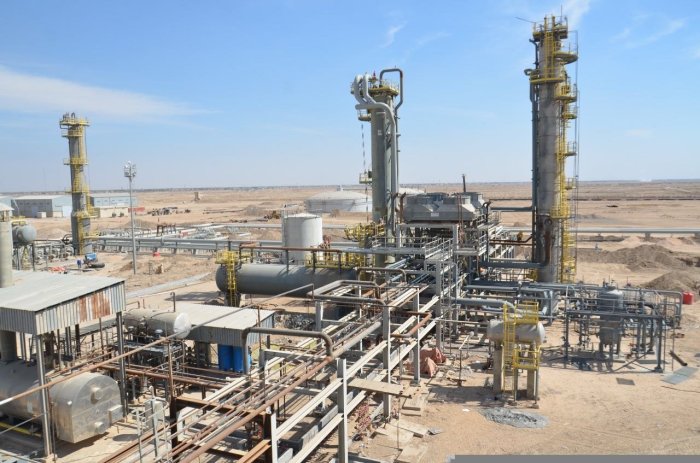 Minister Abdul-Jabbar appraised the event, deeming it as a huge success in light of the economic and health challenges imposed by the spread of COVID-19.

"Iraq aims to enhance its [production] capacity of the light and heavy crudes. It is a vital resource in the interest of the national economy. What has been achieved today is a technical, financial, environmental, and health challenges that we overcame."

Abdul-Jabbar commended the relations with Lukoil and the "long-term special relation" with the Russian company.

For his part, the managing director of Lukoil Mid-east limited, Egor Zubarev, expressed content with the trial run of Makman al-Yamama, ascribing it as a crucial developmental project in the western al-Qurna/2 oilfield and eulogizing the "huge cooperation with the Iraqi national effort to achieve mutual goals."

The Director-General of Basra oil, Khaled Hamza, said, "the western al-Qurna oilfield in southern Iraq is one of the biggest oilfields worldwide with recoverable preliminary reserves of 12.9 barrel oil equivalent and a contractual area of 300 square kilometers.

The Ministry's spokesperson, Asem Jihad, said, "it is a pivotal step to enhance the national production of the good light crudes that yields higher profits compared to other crudes