Iraq and Tehran sign an MoU to boost economic ties 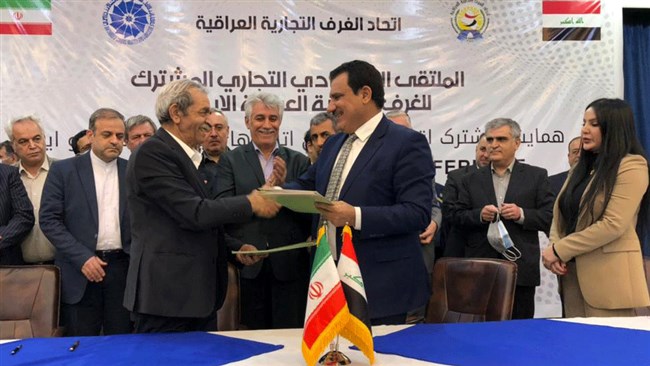 Shafaq News / Tehran and Baghdad signed a memorandum of understanding to establish a joint arbitration center.

The head of the Federation of Iraqi Chambers of Commerce Abdul Razzaq al-Zuhairi, hosted, along with other businessmen, the joint Iraqi-Iranian commercial meeting.

The head of the Iranian Chamber of Commerce, Industries, Mines and Agriculture, Gholam Hossein Shafi’i, and the head of the economic committee, Mohammad-Reza Pour-Ebrahimi, attended the meeting.

The cultural ties between Iraq and Iran, and the 1400 Km border between them favors to enhance the bilateral economic relations.

"We are delighted to sign a memorandum of understanding that can remove the obstacles that hinder cooperation between the two countries", al-Zuhairi said.

For his part, Shafi’i said, "given the resemblance of both countries' economies, and since they both rely on oil exports, it is possible to use the available facilities and capabilities in the industrial and agricultural fields to enhance relations between the two countries."