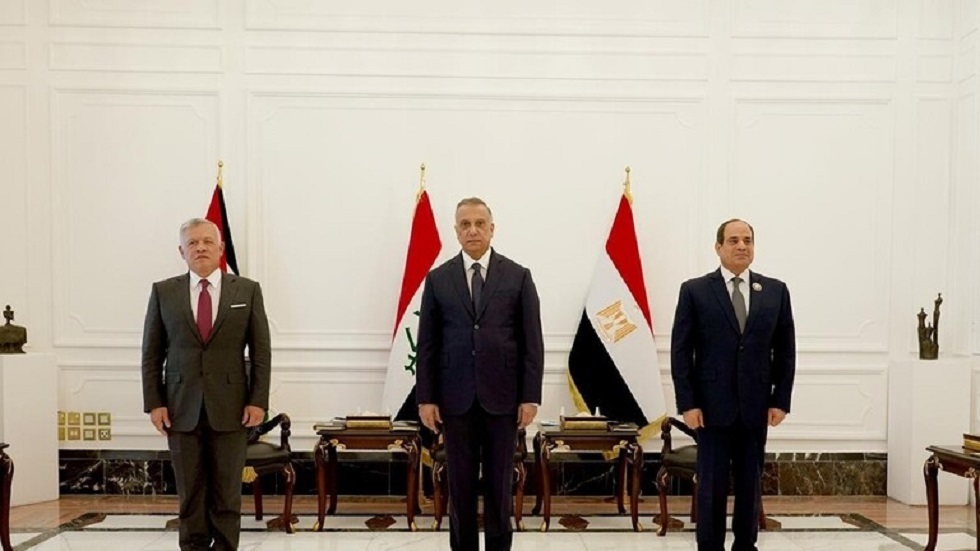 Shafaq News/ Iraq and Egypt agreed to introduce the decrees of the Trilateral Summit held recently in Baghdad int action, according to the Iraqi Ministry of Planning.

Minister Khalid Battal al-Najm convened earlier today, Sunday, with the Egyptian Minister of Trade and Industry, Nivine Gamea, and her accompanying delegation in the presence of the Iraqi Minister of Industry and Minerals, Manhal Aziz al-Khabbaz.

A readout by the Iraqi Ministry of Planning said that the meeting discussed cooperation prospects in Industry, Agriculture, Trade, and Investments between Iraq and Egypt in the light of the recent Trilateral Summit.

"The two sides agreed to develop a joint action plan with specific schedules to materialize the paths of cooperation and decisions taken by the leaders of the two countries, especially regarding developing industry, increasing the volume of trade exchange, and boosting the relations between the Iraqi and Egyptian private sectors."

The attendees deliberated working mechanisms to establish joint industrial and economic zones and permanent trade fairs for domestic industries from both countries.

The meeting attended by the Egyptian Ambassador to Iraq agreed to resume talks and dialogues to formulate advanced forms of cooperation between the two Arab countries.