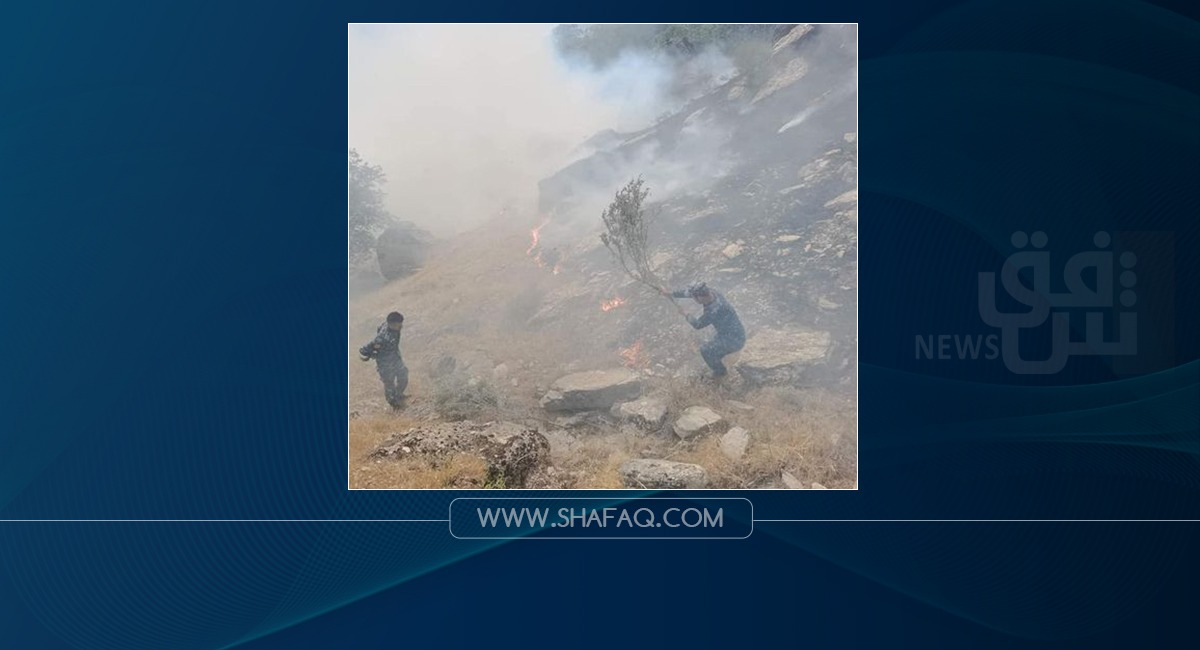 Shafaq News/ The Forests Police Directorate in al-Sulaymaniyah reported a fire that gutted nearly 2000 dunums of grasslands in Mawat district.

The Directorate said that a fire broke out for unknown causes in the outskirts of Bergord village.

A team from the Directorate was immediately dispatched to the site, according to the Directorate. The team struggled to put out the expanding fire due to poor equipment and the abundance of landmines in the area. However, they finally managed to control the blazes.

Two thousand dunums of pasturelands and wild trees, in addition to 20 dunums of orchards turned to ashes in the aftermath of the fire.

President Barzani to visit Al-Sulaymaniyah to gather "the Kurdish House"