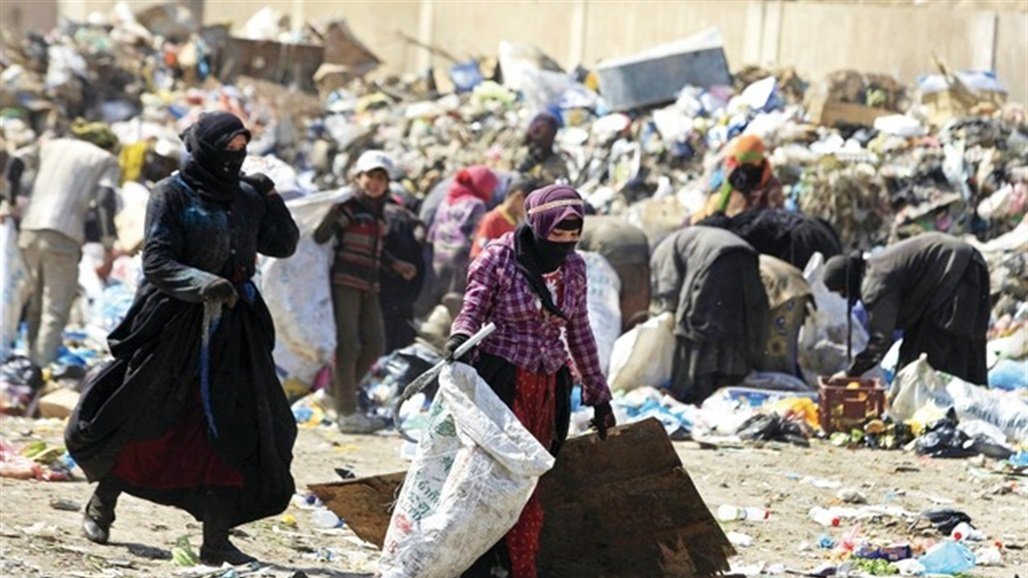 Shafaq News/ Poverty headcounts varies significantly between Iraq's governorates, from as low as 12.5% and 13% in Baghdad and Kurdistan to more than 50% in some southern governorates, a spokesperson of the Ministry of Planning said, indicating that extreme poverty inflicts less than 2% from the citizens below the poverty line.

The spokesperson of the Ministry, Abdul Zahra al-Hindawi, said in a statement to Shafaq News Agency, "penury rates are very low, between 1.5 to 2% from a 30% poverty rate, according to the latest poll in Iraq in 2020."

"The Ministry works on updating the poverty database in Iraq for 2021," he added.

"Al-Muthanna has the highest rates [of poverty] among the governorates with 52%, followed by al-Diwaniyah and Dhi Qar with 48 to 49%. Nineveh has a poverty rate of 41%. The rate at the other southern governorates is around 32%."

The Poverty rate in the Central governorates ranges between 20 and 21%, while in Diyala, Kirkuk, Saladin, and al-Anbar, it is between 17 and 18%.

"In Kurdistan Region, the poverty rate is as high as 12.5 to 13%-the same rates as Baghdad," al-Hindawi said.

The poor economic status and the deteriorating living conditions prompted the citizens to take the streets of the country into a storm. The protests resulted in toppling Adel Abdel-Mahdi's government and bringing Mustafa al-Kadhimi to the helm of the Iraqi cabinet ahead of the early legislative elections.

A UNICEF report said that 40% of Iraq's children lie below the poverty line, even though Iraq floats on a lake of black oil. Iraq's oil reserve amounts to 145 billion barrels, nearly 12.5% of OPEC's total reserves.

The UN 1995 report of the World Summit for Social Development defined Penury, or Extreme Poverty, as a "condition characterized by severe deprivation of basic human needs, including food, safe drinking water, sanitation facilities, health, shelter, education, and information. It depends not only on income but also on access to services."