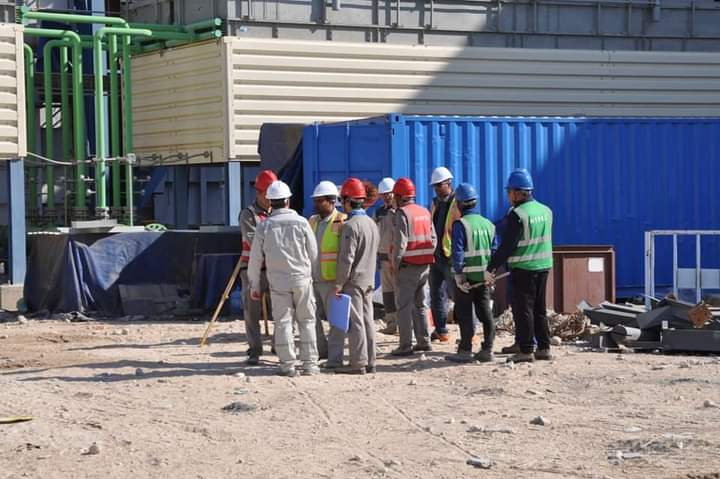 Shafaq News / The General Company of the Electricity Production for Southern Iraq announced on Saturday that 62 % of the Rumaila gas power station has been completed in Basra Governorate.

The company said in a statement received by Shafaq News agency, "Under the supervision of the General Manager of the General Company for the Production of Electric Power in the South, Engineer Muwaffaq Yousef Aziz, the Kar Company, in cooperation with our engineering and technical staff, continues its work in installing the combined cycle consisting of two units in the Rumaila gas power station with a capacity of 750 megawatts and a period of 30 months. "

According to the company’s statement, the completion of the work of the two units will contribute to the stability of the plant, increase its production, take advantage of the wasted energy of fuel and combusted gases from the gas units, and reduce environmental pollution, in addition to the lower cost.

The statement indicated that it is hoped that the work will be completed at the scheduled time and linked to the national grid system.