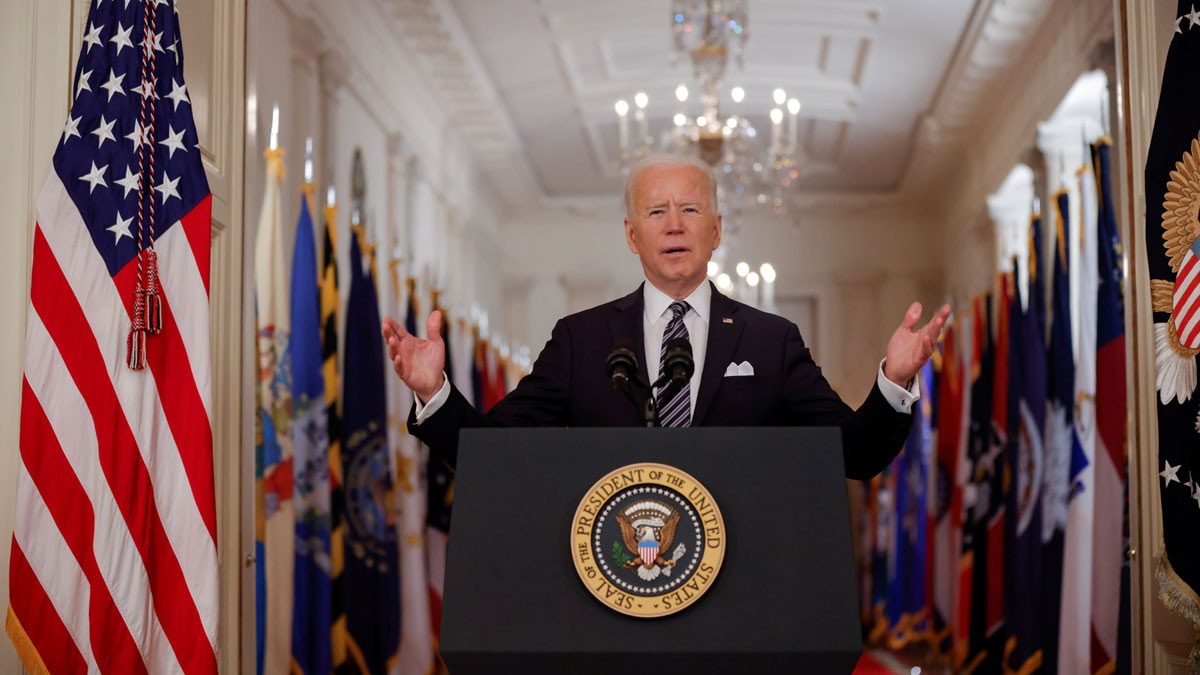 Shafaq News/ The Biden administration is revamping the way the U.S. uses punitive sanctions, aiming to stem sweeping pressure campaigns, avoid collateral economic damage and act jointly with allies rather than unilaterally, according to people involved in the planning process, Ian Talley wrote for the Wall Street Journal.

The administration has nearly completed an extensive review of U.S. sanctions policy, which is expected out near the end of summer, according to one official. While details are still being ironed out, Biden administration officials have foreshadowed elements of the new strategy in a series of actions, including the planned easing of economywide sanctions against Iran.

Details of President Biden's approach also were described by current and former administration officials as well as by incoming officials during congressional meetings.

The policy overhaul sets up a sharp departure from the Trump administration, which imposed sanctions as a foreign policy tool more frequently than previous U.S. administrations to target broad sectors of the economy in Iran, North Korea, Venezuela, and elsewhere in an effort to exert economic pressure against adversaries.

The sanctions efforts succeeded in helping push Iran and Venezuela into economic contractions and severing North Korea's ties to global financial and trade networks, achieving short-term goals.  However, the U.S. pressure didn't produce major new diplomatic agreements or substantive changes in the conduct of adversaries, leading to questions about their value as a stand-alone tool.

By seeking to rejoin the nuclear deal and repeal the sanctions, for example, "the Biden administration is about to empower the world's foremost state sponsor of terrorism again," Mike Pompeo, secretary of state under Mr. Trump, said in June.

"Our focus is on making sure that we're moving from unilateral action, which has been what has defined U.S. policy over the last four years, to really working with our partners," a senior administration official told The Wall Street Journal.

Former President Donald Trump's exit from the accord in 2017 and subsequent imposition of an economywide pressure campaign against Iran was criticized by some of Washington's trans-Atlantic partners. The Biden administration's removal of several former Iranian government officials from its blacklists in recent weeks spurred criticism that it is rushing to dismantle sanctions being used to pressure Tehran.

The Biden administration also has sought to collaborate with allies on sanctions against China for human-rights abuses in Hong Kong and its western provinces, against Russian officials for attacks on political opponents and dissidents, and blacklisting Belarus officials for escalating political repression.

In May, German officials were buoyed by the U.S. decision not to sanction Nord Stream 2, the multibillion-dollar natural gas pipeline being built by European and Russian companies.

The pipeline decision drew criticism from Republican and Democratic lawmakers who said it bolstered Moscow's strategic foothold in Europe. In contrast, some former U.S. officials said it helped cultivate the diplomatic capital the Biden administration needs to secure European support for joint action against Russia and China.

Iranian Proxy Attacks on Americans ‘Not Helping Climate in US’ for Reviving Iran Talks, US Envoy Says