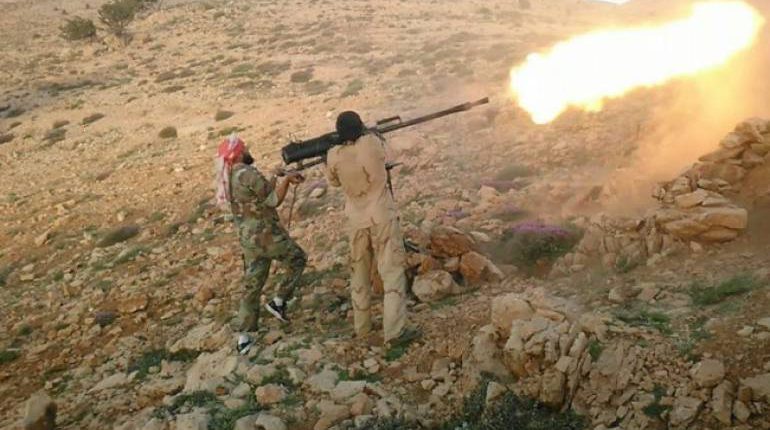 The sources told Shafaq News Agency that Ahrar Al-Sham sparked a security alert by intensifying heavily in several checkpoints near Kafr Takharim preparing for an operation against ISIS cells.

No information about the losses so far.

This operation comes days after unknown persons carried out an attack at a checkpoint belonging to the Ahrar Al-Sham at t Almastumah, located 7 kilometers south of Idlib which killed two of its members.

Ahrar al-Sham is part of a military alliance in Syria that includes the al Qaeda-linked Nusra Front. The alliance, known as the Army of Conquest, captured a large area of the northwestern province of Idlib from Syrian government forces.

Nine Syrian soldiers killed in an ISIS attack in Badia