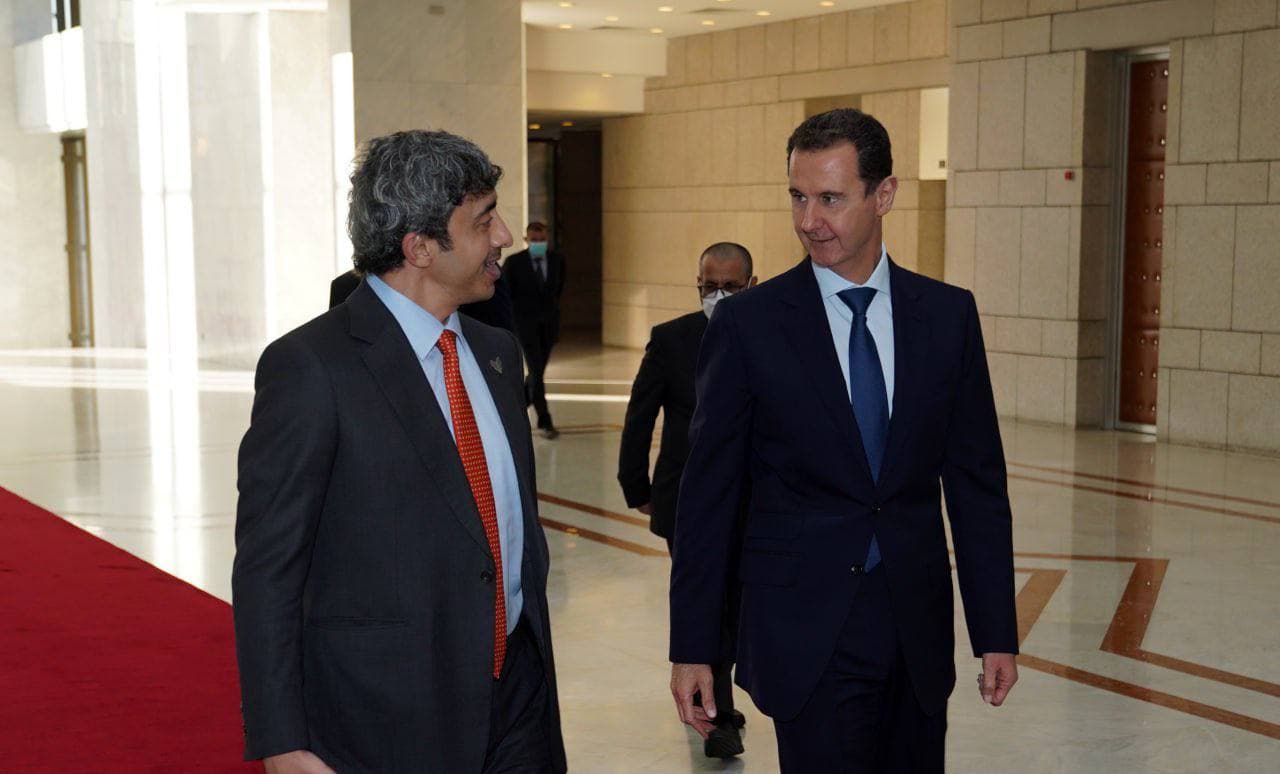 According to the statement, both sides discussed bilateral relations and economic partnerships.

“theSyrian President stressed the brotherly relations between Syria and the UAE since the days of the late Sheikh Zayed bin Sultan Al Nahyan.” The statement read.

Bashar al-Assad stressed that the UAE has always stood by the Syrian people. “Sheikh Abdullah stressed the UAE’s support for efforts for stability in Syria … expressing his confidence that Syria, under the leadership of President Al-Assad, and the efforts of its people can overcome the challenges caused by the war,” the statement added.

The foreign minister arrived with a senior delegation, according to al-Manar TV, which is run by Lebanon's Hezbollah, an Assad ally. Its correspondent said heavy security had been observed on the road from Damascus airport to the city.

It’s noteworthy that the Emirati Foreign Minister would be the most senior Emirati dignitary to visit Syria in the decade since the eruption of a civil war in which several Arab states supported mainly Sunni Muslim rebels seeking to topple Assad.