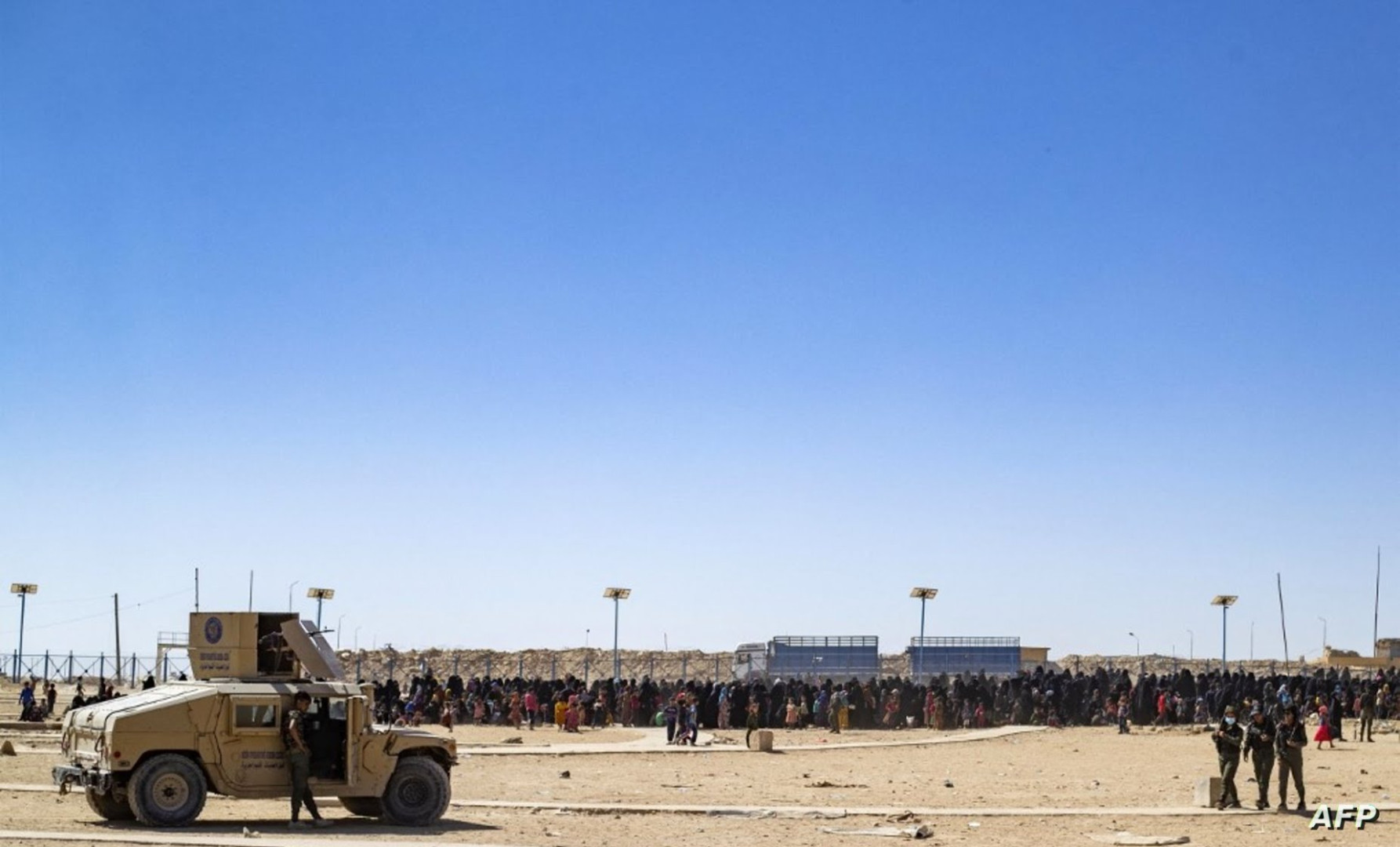 Among Al-Hol's detainees are more than 10,000 foreigners from dozens of countries. The overcrowded camp is also home to displaced Syrians, and Iraqi refugees.

It is the largest camp for displaced people who fled after Kurdish forces, backed by a US-led coalition, dislodged Islamic State group fighters from the last scraps of their Syrian territory in 2019.

The SDF warned relatives of jihadists might try to flee the camp.

Ankara launched a campaign of air strikes across parts of Iraq and Syria on Sunday as part of Operation Claw-Sword, following a bombing in Istanbul on November 13 that killed six people.

Earlier on Wednesday Turkey said it was more determined than ever to secure its Syrian border from attacks by Kurdish forces, threatening a ground operation "at the most convenient time".

Ankara says it is targeting rear bases of the Kurdistan Workers' Party (PKK), which is blacklisted as a terror group by the European Union and the United States, and the Syrian Kurdish People's Protection Units (YPG), who dominate the SDF.

Both Kurdish groups denied responsibility for the Istanbul attack.

US and Russian forces conduct patrols in North Syria