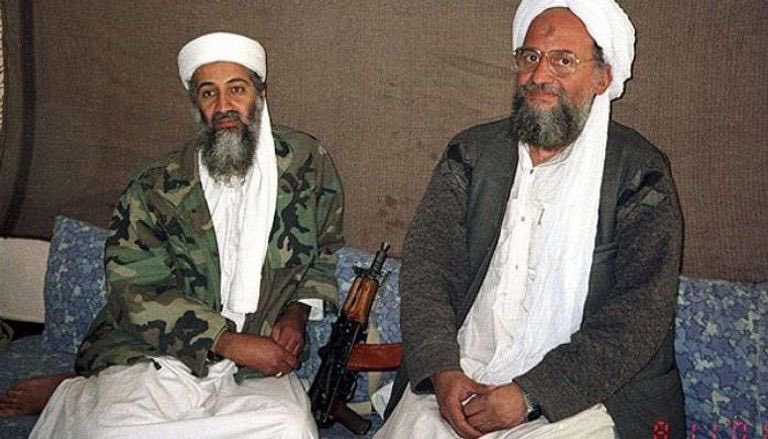 Shafaq News/ The killing of Ayman al-Zawahiri on a balcony in Afghanistan’s capital on Sunday morning demonstrated the deadly power and reach of U.S. intelligence services, even a full year after President Biden withdrew all U.S. forces from the country. But one aspect of the assassination is alarming counterterrorism experts: its precise location.

The fact that Al Qaeda’s top leader was living with his family in an expensive neighborhood in downtown Kabul breaks into public view the degree to which the Taliban has given Al Qaeda’s leadership license to operate inside the country and, in some cases, even placing them in high-level positions in the government.

“We believe that there were senior members of the Haqqani Network who are affiliated with the Taliban who did know that al-Zawahiri was in Kabul,” Jake Sullivan, Biden’s national security advisor, said on NBC News on Tuesday. “There may have been other members of the Taliban that did not know.”

Zawahiri played a key role in planning the Sept. 11, 2001, attacks, as well as the 1998 bombings of U.S. embassies in Kenya and Tanzania, and took over Al Qaeda after Osama bin Laden’s death in 2011. Biden administration officials have said Zawahiri remained in charge of the terrorist group up until his death on Sunday.

Michael Allen, a former staff director of the House Intelligence Committee from 2011 to 2013 and a former senior official on President George W. Bush’s national security council, says the circumstances of the Zahawiri strike bring to mind the hard line that the Bush administration took on countries allowing terrorists within their borders in the wake of the 9/11 attack. “The Bush doctrine was, if you harbor a terrorist, we’re going to treat you as if you are a terrorist,” Allen says. “This isn’t just any garden-variety terrorist. This was an individual who was in on the plot for 9/11 and the embassy bombings as well.”

The Zawahiri strike parallels in some ways Bin Laden’s assassination 11 years ago in a nighttime raid by U.S. special operations forces. The founder of Al Qaeda was living in a walled compound in northeastern Pakistan less than a mile from Pakistan’s top military academy. Bin Laden had been hiding there for six years, raising questions about whether Pakistan’s intelligence services knew he was there and turned a blind eye. In 2013, Al Jazeera reported on a classified report from a commission set up by the Pakistani government to investigate the circumstances of bin Laden’s death. The report found “routine” incompetence at nearly every level of government that allowed the terrorist leader to live in multiple locations within the country for nearly a decade.

Secretary of State Antony Blinken said in a statement on Monday that, “by hosting and sheltering” the leader of Al Qaeda in Kabul, the Taliban breached the terms of the Doha agreement it signed in February 2020 with the Trump administration. Under the terms of that deal, President Donald Trump pledged to withdraw U.S. troops from Afghanistan in 2021 and the Taliban agreed not to allow its territory to be used by terror groups that threaten the United States. “The Taliban grossly violated the Doha Agreement and repeated assurances to the world that they would not allow Afghan territory to be used by terrorists to threaten the security of other countries,” Blinken said.

Zawahiri was “being given VIP treatment” in Kabul, says Bruce Hoffman, an expert on counterterrorism and homeland security at the Council on Foreign Relations who has studied terrorism and the evolution of Al Qaeda for decades. “One can only imagine the kind of treatment that other Al Qaeda officials and fighters are getting,” Hoffman says.

Counterterrorism experts warn that the Taliban’s support for Al Qaeda is likely to go beyond just empowering their leaders. Bill Roggio, a senior fellow at the Foundation for Defense of Democracies and the editor of the Long War Journal, says the Taliban may again allow Al Qaeda to set up training camps in the country and once again use Afghanistan as its home base, plotting terror attacks from there as well as managing its fighters in insurgencies in Yemen, Syria and throughout Africa. “The fact that he was killed there shows that Al Qaeda believes Afghanistan is safe enough for its leaders to regroup there. They’re getting rest, they’re having access to all of the Taliban state,” Roggio says.

Even before the Taliban retook Kabul last summer, there was evidence that it previously allowed Al Qaeda to train fighters in areas of Afghanistan under its control. In 2015, while the U.S. military was still operating inside the country, the Taliban allowed Al Qaeda to run training camps in Kandahar province in southern Afghanistan, Roggio says. The U.S. military raided the camp in October of that year, killing dozens of Al Qaeda trainees, Roggio says, citing public State Department documents. He described the conditions in Afghanistan as ripe for similar training camps to be established. “Al Qaeda now has the time and space to reorganize, regroup and resume attacks against the West,” he says.

A U.N. Security Council report released July 15 assessed that Al Qaeda has a “safe haven” in Afghanistan and has ambitions “to be recognized again as the leader of global jihadis.” The group, the report said, “is not viewed as posing an immediate international threat from its safe haven in Afghanistan because it lacks an external operational capability and does not currently wish to cause the Taliban international difficulty or embarrassment.”

White House officials say that Biden sent a deadly signal with the killing of Zawahiri, and Al Qaeda leaders shouldn’t feel secure operating in Afghanistan. “I think if you were to ask some members of al Qaeda—ask them how safe they feel in Afghanistan right now, I think we proved to a fare-thee-well this weekend that it isn’t a safe haven and it isn’t going to be, going forward,” Kirby told reporters on Tuesday.