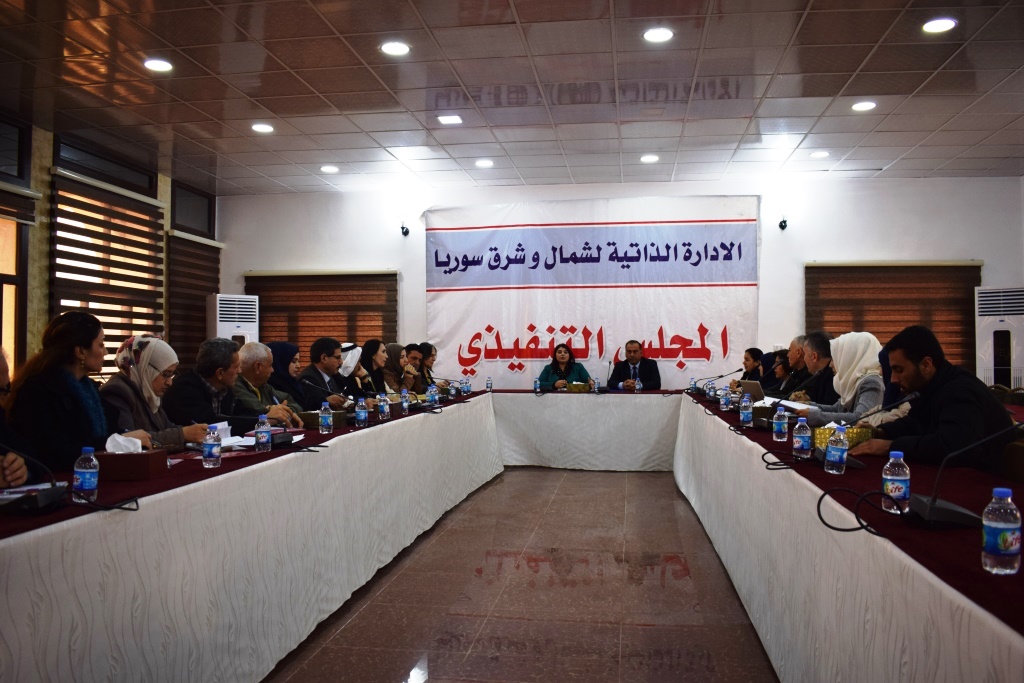 Shafaq News / The co-chair of the Executive Council in the Autonomous Administration of North and East Syria, Abdul Hamid Al-Mahbash, announced the submission of a proposal to amend its charter in line with the outcomes of the National Conference for the People of the Island and the Euphrates.

In a statement, the administration said that the Autonomous Administration submitted a proposal to its General Council to form a committee that would amend the charter.

On the 25th of last November, the Syrian Democratic Council held a " National Conference for the People of the Island and the Euphrates in the city of Hasakah and announced a set of recommendations, the most important of which is restructuring the administrative system to reduce bureaucracy.