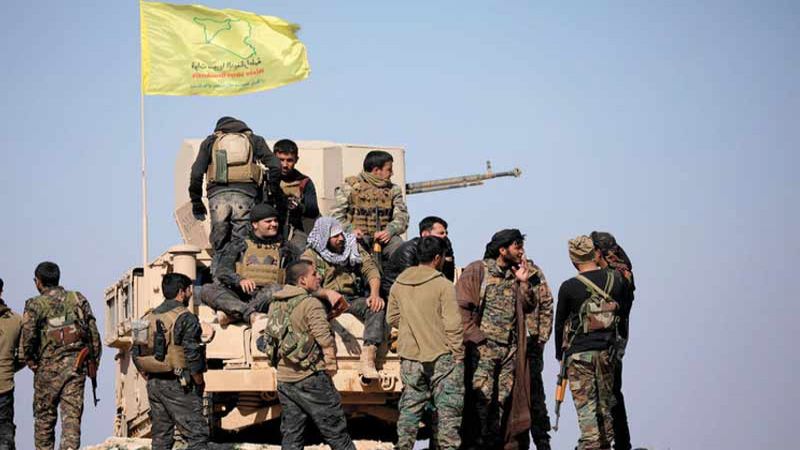 Shafaq News / The Syrian Democratic Forces (SDF) suspended its joint operations with the Global Coalition against ISIS in Syria, blaming Washington for "not taking a firm position" over the Turkish bombing.

The SDF General Commander, Mazloum Abdi, said they stopped combatting the terrorist organization due to the Turkish attacks that "target civilians and want to occupy their land."

Abdi pointed out that the US-led Coalition did not issue any statement against Turkiye for targeting the SDF forces.

Many of the SDF's members come from the People's Protection Units (YPG), a Syrian-based offshoot of the Turkey-based Kurdistan Workers' Party (PKK), labeled by both Ankara and Washington as a terrorist organization.

In Turkey, the SDF and YPG are the same. And Turkish officials launched the recent offensive against both groups after blaming them for a November 13 bombing in Istanbul that killed at least eight people and injured dozens more.

SDF and PKK denied involvement in the bombing.

Since 2015, US military forces have been present in Syria, supporting the Kurdish-led SDF fight against ISIS and providing humanitarian, military, and financial assistance.

Iraqi forces start a military operation, specifically in borders with Syria and Jordan

Residents in northeast of Syria call for the Kurdish reunion

Hundreds assassinated in northeast of Syria, The Observatory says