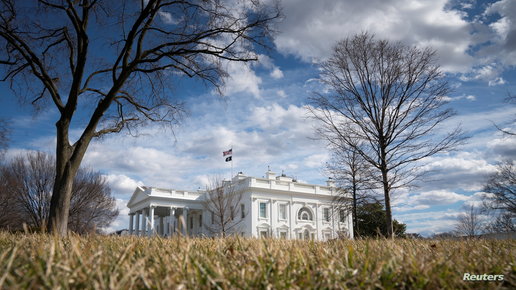 News this week that the Justice Department has charged an Iranian operative in a suspected scheme to kill former Trump administration national security adviser John Bolton is leading to renewed calls in Washington for Biden to abandon the nuclear talks. The Bolton case comes after U.S. officials recently arrested a man amid suspicion that he was part of an Iranian effort to kidnap Masih Alinejad, an Iranian-American critic of the Tehran regime.

On Friday, the celebrated author Salman Rushdie, whom the Iranian government had for years sought to kill over writings it deemed blasphemous, was reportedly stabbed during a public appearance in western New York state. Few details were immediately available about the attacker, but foreign affairs watchers quickly speculated there may be a link to Tehran.

The revelations have bolstered detractors of the nuclear deal, a bipartisan faction that says the Iranian government simply cannot be trusted and that any bargain with Tehran must cover its misdeeds beyond just its nuclear ambitions. The news also underscores the tricky nature of the U.S.-Iran relationship, which is adversarial and deadly — even when the two countries are negotiating sensitive issues.

“The [Biden] admin should walk away from nuke talks & prioritize Americans,” Texas Rep. Mike McCaul, the top Republican on the House Foreign Affairs Committee, was quoted as saying on Twitter.

Alinejad echoed that sentiment, adding that the United States should further crack down on Iran by kicking out its diplomats in America, such as those serving at Iran’s mission to the United Nations. Some critics of the regime also say the United States should deny a visa to Iran’s president, Ebrahim Raisi, should he want to attend the U.N. General Assembly gathering in New York next month.

“Iran needs to be held more accountable, and, if the U.S. government denies that, they actually betray their own citizens,” Alinejad told POLITICO.

Bolton, long an opponent of the nuclear deal, suggested that his position had been vindicated. “Iran’s nuclear weapons and terrorist activities are two sides of the same coin,” Bolton said in a statement. “No responsible U.S. government should think otherwise.”

For now, Biden is not indicating he will walk away from efforts to restore the nuclear agreement. The deal was struck under President Barack Obama in 2015 but President Donald Trump nixed U.S. participation in 2018, and Iran began violating its terms a year later. Reviving it would mean lifting an array of sanctions on Iran in exchange for severe restrictions on its nuclear program.

Biden continues to believe that “diplomacy is the best path” to ensuring “Iran never acquires a nuclear weapon,” a White House spokesperson said in a statement. “At the same time, the Biden administration has not and will not waiver in protecting and defending all Americans against threats of violence and terrorism.”

A U.S. official familiar with the issue stressed that the Biden administration is well-aware that Iran presents challenges beyond the nuclear threat.

“We have been seeking a nuclear deal precisely because an unconstrained Iranian nuclear program would make all the other very serious problems we have with them — and we have many — far worse,” the official said.

Although he’s repeatedly dispatched a special envoy for the job of restoring the agreement — the talks have gone on for well over a year — Biden has not been overly enthusiastic or in a rush.

The U.S. president has said, for instance, that he will not lift a terrorism designation imposed by Trump on Iran’s Islamic Revolutionary Guard Corps. Iranian negotiators had earlier demanded that label be lifted as part of the deal’s revival, but they appear to have backed off.

Biden: US to impose further costs on Iran