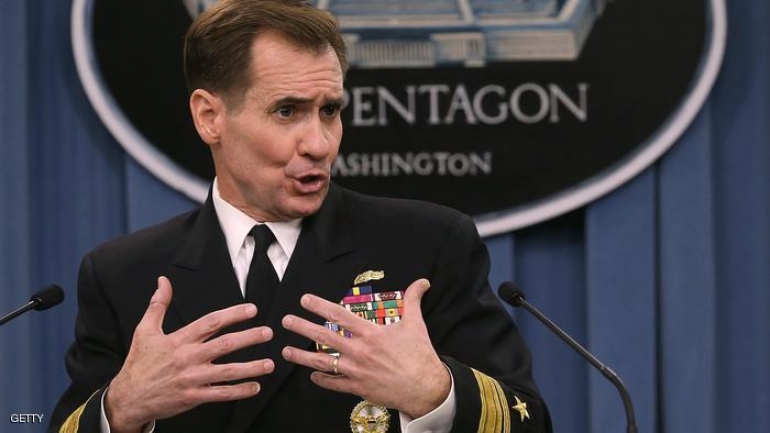 Shafaq News/ Pentagon spokesman, John Kirby, said earlier today, Thursday, that his country is aware of the threat that the Iraqi militias loyal to Iran pose to US interests in the Middle East, according to al-Hurra.

"Our forces are in Iraq at the invitation of the (Iraqi) government to help the Iraqi forces pursue ISIS. The militias are a cause for concern because of their attacks on American forces and infrastructure, and our forces have the right to defend themselves against any attack," he added.

Kirby acknowledged the improvement in Iraqi forces' capabilities since the beginning of the fight against ISIS in 2014 while stressing that combating ISIS is a "joint effort".

He explained that the redeployment of US forces in Iraq is taking place "in consultation with military and regional leaders, and of course with the host country," referring to Iraq.

The Pentagon spokesman also confirmed that the US forces' presence in Syria would continue as long as ISIS threat exists.

He added, "Our presence in Syria is limited, and it focuses on pursuing ISIS in cooperation with the SDF. The threat of ISIS has shrunk significantly over the past years, but it still exists. As long as there is a need for us to confront it, we will continue."