19 killed in an ISIS attack in Hama 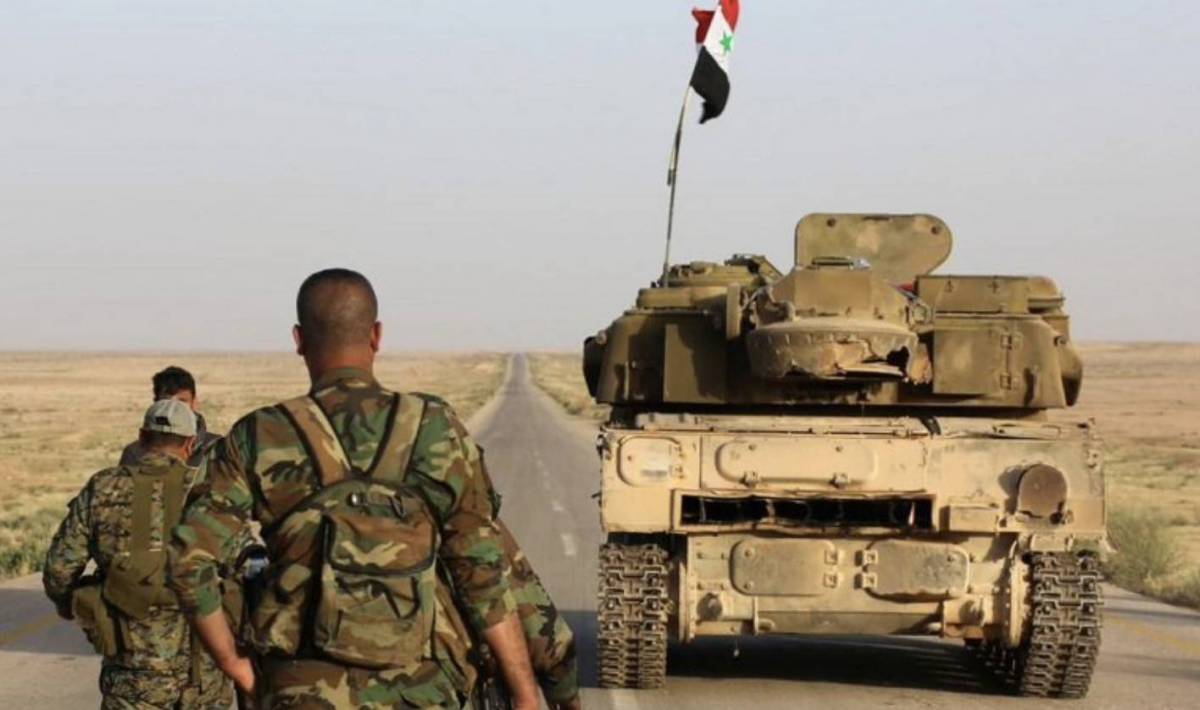 Shafaq News / Nineteen regime fighters and allied militia forces were killed in an ISIS attack, including 11 members of the Baqir Brigade, a local Iran-backed militia, the Syrian Observatory for Human Rights reported.

At a violent pace on several axes within the Aleppo-Hama-Raqqa triangle in the Syrian Badia, the battles took place between ISIS, the regime forces and proxies, in a new surprise attack carried out by the organization's terrorists.

Furthermore, the observatory added that the government forces, backed by Russian air support -whose planes carry out dozens of airstrikes every day- continue combing operations in the Syrian Badia on the axes of the Aleppo-Hama-Raqqa triangle, in addition to Homs and Deir Ezzor. At the same time, ISIS launches surprise attacks on those inflicting human and material losses.

In recent months, ISIS has ramped up attacks against regime forces, especially in the east of the country bordering Iraq. In December last year, ISIS killed nearly 40 Syrian troops in an ambush of a bus carrying soldiers traveling home for the holidays.

France calls for meeting of US-led coalition against ISIS