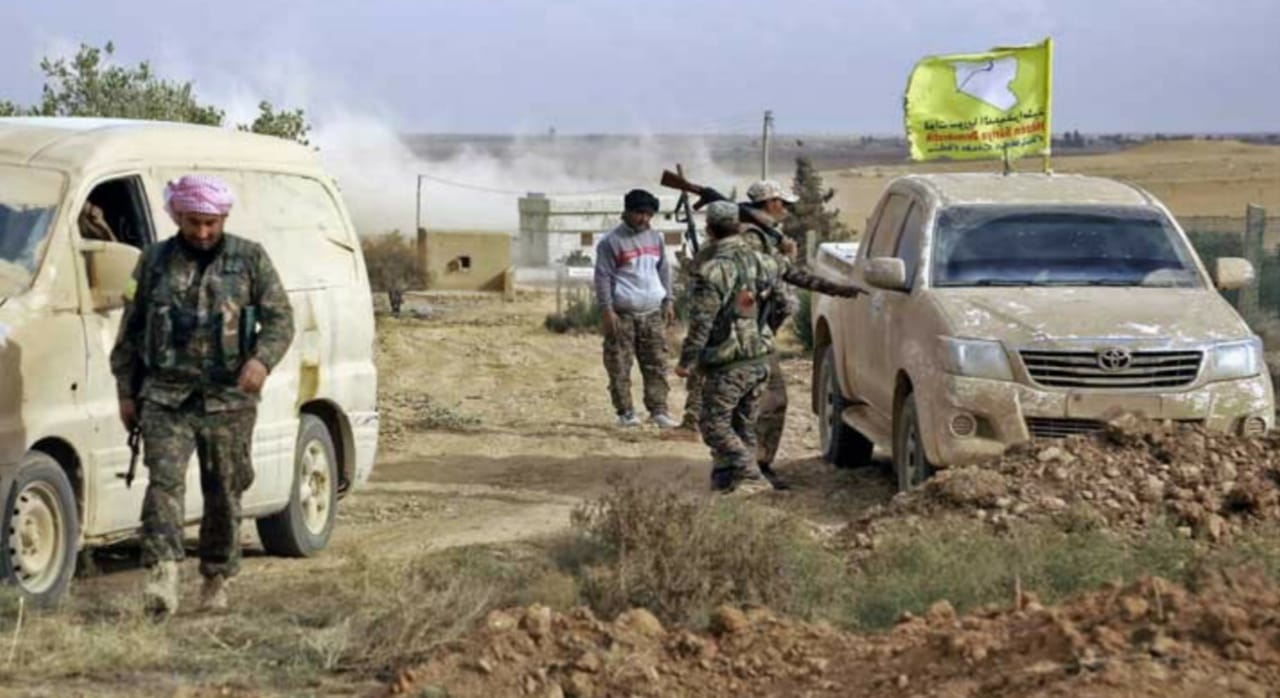 Shafaq News / The Syrian Observatory for Human Rights announced that 17 members of the Syrian Democratic Forces (Qasd) and Pro-Turkish factions were killed and wounded in Ain Issa, north of Raqqa.

The observatory indicated that yesterday, the pro-Ankara factions attacked Ain Issa's axes, north of Raqqa, indicating that violent clashes took place between Qasd and the factions that used Turkish missile strikes to reach and cut the international Hasaka-Aleppo road.

This escalation coincides with ongoing negotiations between Russia and the Syrian Democratic Forces on handing over the town to the Syrian regime forces.