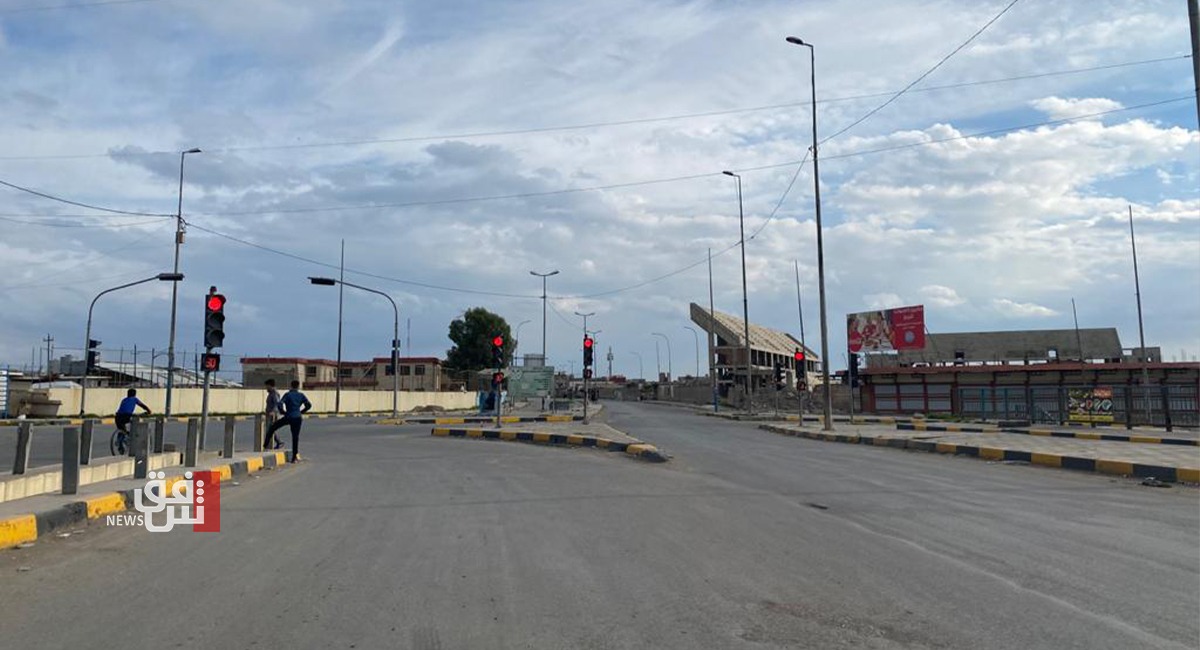 Shafaq News / The coronavirus (COVİD-19) swept through Nineveh 11 months ago, and like the rest of the Iraqi cities, the governorate engaged in the conflict with the pandemic.

There were not enough hospitals, as the war against ISIS rendered six major hospitals into rubble.

Nineveh relies mainly on hospitals built from prefabricated houses (caravans) with a capacity of 2,000 beds. While the capacity of the governorate’s hospitals was 7,000 beds before ISIS’s occupation.

The toll in 11 months was 26,000 confirmed cases according to official data released daily.

According to an informed medical source, that figure is not accurate, as there were hundreds of thousands of unrecorded cases when the crisis worsened in August last year and hospitals were full.

The death toll of COVID-19 in Nineveh has reached 497 fatalities.

Iraq has recently witnessed a new development in the pandemic file by declaring the diagnosis of the new COVİD-19 strain known as the highly contagious "British Strain".

He added that only Baghdad's laboratories are equipped with the technology to determine the strain, "and this is another dilemma that adds to the health reality."

Fatalities have increased markedly in Iraq over the past three weeks, prompting the authorities to reimpose a lockdown.

A total curfew was imposed on Thursday evening and will continue until next Monday morning across the country, except for Kurdistan. The curfew will be partial the rest of the days during the night hours over two weeks.

The Iraqi authorities have also decided to suspend schools and sports activities, and to close public places such as mosques, parks, beauty salons, shops, and others.

Nineveh imposed new restrictions, even though it did not recover from the repercussions of the previous ones.

According to security and medical Sources, the governorate has been affected socially and economically, with many divorces, 10 suicides, and 20 suicide attempts recorded in the past year, along with one suicide and four other attempts this year.

Economically, COVID-19 restrictions have caused unemployment to rise to 40%, according to the Nineveh Statistics Directorate, with the number of citizens living below the poverty line reaching 2 million out of a total of 4.5 million in the governorate.

The pandemic’s restrictions have had a major impact on the middle-class private sector of restaurant owners, cafes, and small businesses.

Many closed their businesses after months of losses and their inability to pay rental allowances.

It was only a few months after the recovery of local markets began until the authorities imposed the COVID-19 restrictions again and decided to close the shops without providing any solutions to compensate for the losses.

Ali Al-Bayati, a member of the Independent High Commissioner for Human Rights, criticized the government's imposition of a lockdown without paying attention to the economic implications for the poor class, "Based on article 28 of the Iraqi Constitution, the fine must be imposed for not wearing a medical mask by law, and the state must provide those masks for the low-income class free of charge".

"14 million Iraqis are unable to buy medical masks, and quick financial grants must be distributed to them to avoid financial pressures that will cause social and psychological problems that may lead to many crimes”, he continued.

"At least 1.5 million people with special needs must be covered by the exception to the curfew”, Al-Bayati added.

Earlier, a resident of Kirkuk with special needs, who lost his in an explosion several years ago, burned his taxi before setting himself on fire because he was fined for breaking the curfew.

The journey to search for the "Sabaya Road"

A "Real Estates Shark" to acquire a whole street in Nineveh