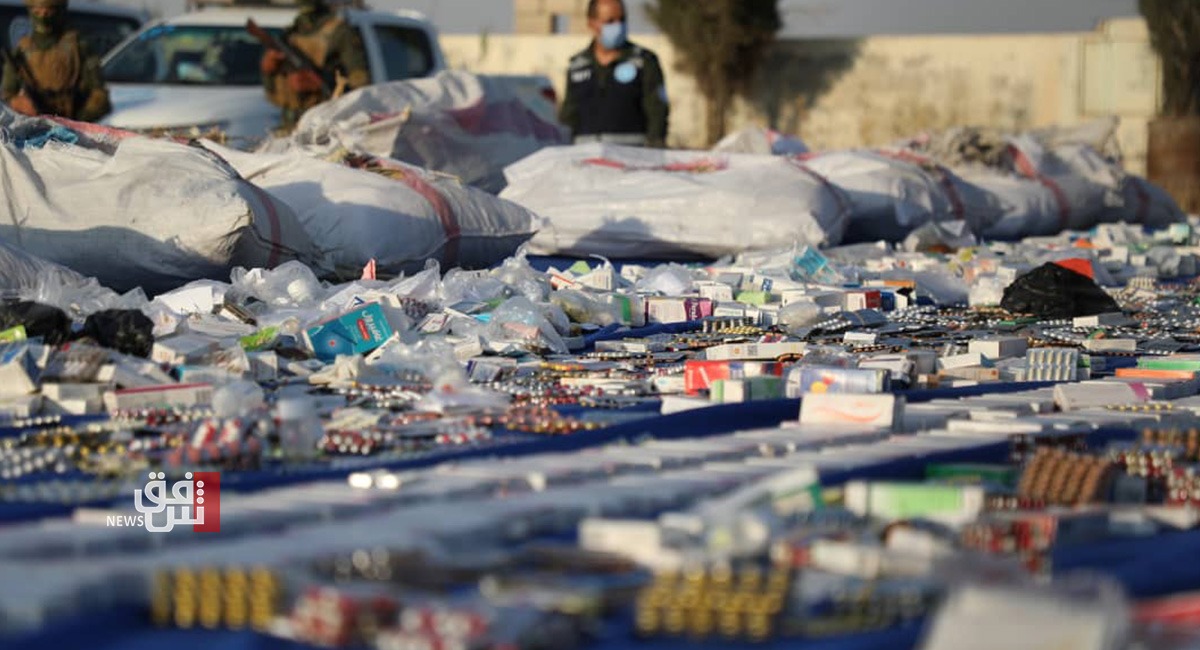 Shafaq News / Anas, alias of a 33-year-old father of one child, attempts to regain his life amid an uphill battle against drugs. The scourge of drug abuse has jeopardized his youth and marriage. It even cost him his job.

"I started doing drugs with friends to cope with the pressures of work and life in Basra, a start I did not know would last, but I felt comfortable doing it day after day until I could not think of anything else but it."

Anas described what had happened to him afterward, "I lost my senses and had no idea what was going on until I arrived at a friend's house, while he was trying to wake me up alongside my crying wife. At that point, I realized I had gone off the rails and crossed the line. I lost my job when my manager and colleagues saw footage of me doing what I used to do."

"My wife threatened to divorce me unless I go to a rehabilitation specialist. So I went to the doctor and began to experience the most severe symptoms until my body became completely drug-free. I had insomnia and severe depression for several days, but the silver lining was that I only used drugs for three weeks."

"Activities are continuing daily to arrest drug dealers and users, as the directorate managed, recently, to arrest more than 6,800 accused of dealing or promoting drugs, including 3800 users," Sobhi said.

"Cooperation with the Ministry of Health is always an option. Patients can be admitted to al-Ataa Hospital, a 150-bed addiction facility, and receive treatment with the utmost respect for their privacy."

"The ministry supports the activation of Article 40 of the Drug Act, which states that those who seek rehabilitation in specialized hospitals on their own should not be prosecuted," he added.

"The main problem facing drug users is the lack of rehabilitation centers," he said, emphasizing the need to "amend Law 50 of 2017, as the punishment should only be fines."

"Treating addiction has several stages," according to Dr. Jassim al-Musawi, "the first is cleaning the body from the drug and its effects, which is done through medications prescribed by specialized centers or specialist doctors."

"The addict should also make a firm decision to stop," he continued, "followed by the stage of treating psychological symptoms, such as illusions, audio or visual hallucinations due to the narcotic substance's effect on the brain, excessive nervousness, insomnia, and weakness, and finally the stage of treating psychological symptoms through antipsychotics and antidepressants."

On Saturday, the Ministry of Health announced the reopening of al-Ataa Hospital to rehabilitate drug addicts with a capacity of up to 150 beds, on the initiative of Saraya al-Salam Brigades (the military wing of the Sadrist Movement) led by Muqtada Al-Sadr.

The food crisis in Iraq.. "Cheap dollar" to dismantle "a ticking bomb"

TRIBES, POLITICAL PARTIES, AND THE IRAQI ELECTIONS: A SHIFTING DYNAMIC