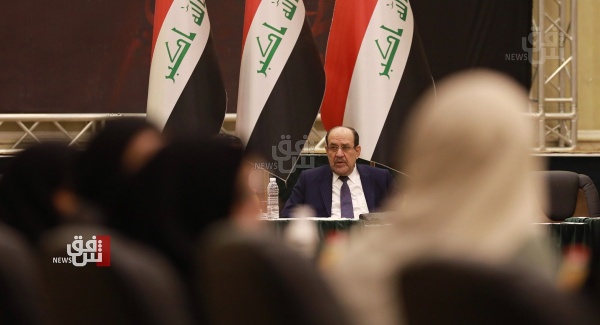 Shafaq News / Iraqi Prime Minister Nouri Al-Maliki—an attribution he continues to deny—brought the inaccessible world of Iraq’s ruling elite’s private conversations into the public. According to Ali Fadhil, the U.S. based blogger responsible for the leaks, these leaks allow a window into a type of event is not uncommon. Given what is known about Iraqi politics, the leak is merely the tip of the iceberg, and we can treat it as a newly visible aspect of a shadow phenomenon. Ali likewise vows there is more to come.

The leaks have many aspects: the inter-Shia rivalry, politics of personality, connection to other states (Iran), armed confrontation, and more. However, the circumstance and setting of the audio files also provides insight into the challenges facing Iraqi politics. In order to understand the mindset, psyche, and inner world of the current Iraqi elite, it is important to pay attention to these conversations and meetings, despite their quixotic style. In many ways, the content of these leaks better reflects the interior psyche of the political sphere than public rhetoric, as well as the hidden yet real, desire of the person involved.

The style of meeting depicted in the leak is called (ga’adah) in Iraqi colloquial dialect, and is understood as an informal, semi-private meeting. These are very common events within Iraqi society, especially among politicians. The ga’adah also distinguishes itself from politics in the public sphere in a number of ways. Iraqi politicians' exclusive gatherings are not private gatherings as such. While they might happen in a private sphere, such as someone’s home, the invitees are likely to include people outside ones’ family circle, including bodyguards, close party members or faction affiliates, admirers, and other guests. Hence, the events are neither private nor fully public. They can be defined as hybrid spaces of defined political performance, where politicians and their circles gather to exercise speech and action (power).

The intended purpose and format of the ga’adah might vary from planning (or conspiring) over politics and business to entertaining. However, the main feature primarily remains the same, i.e., a major goal of the event is massaging the ego of the primary person (usually male) of interest. The manner in which he is served and addressed by others in attendance, laced with admiration and praise, adds to the centrality of that figure and indicate his desire to be treated as such. This crafted social bubble likewise insulates political leaders from accountability and criticism, presenting them as rulers rather than public servants. Such imagery has deep roots, upholding the old tradition of owning rather than serving a position of leadership.

Within this crafted environment, the discussions that take place differ from formal, calculated political speeches. One of the reasons for the candor exhibited in these small-circle conversations is the alienated nature of (empty) political speech for public consumption. No political personality can open up candidly to the public in the country. However, especially in the last decade, the majority of the public's disenchantment with politicians has made it extremely difficult for them to enjoy participating in any public activity using the empty rhetoric that characterized earlier public politics. In contrast, the human relations among the participants of the ga’adah could be seen as a form of figuration, a "dynamic networks of people bonded through mutual dependencies over space and time” or, as Norbert Elias, who coined the term put it, "a structure of mutually orientated and dependent people. . . the network of interdependencies formed by individuals."

Apart from being part of the region's tradition of power consolidation, one reason these political figures are involved in such activities is their mediocrity. Most Iraqi political figures lack political experience, knowledge, or confidence. Within Iraqi politics, such realities can find expression with phrases like "politicians by chance,".

For instance, Nouri al Maliki, as former U.S. ambassador to Iraq Zalmay Khalilzad tells in his memoir, was an unknown figure on the Iraqi political scene until “one morning, Jeff Beals walked into his office with another folder of profiles and asked 'What about Nouri al-Maliki?’”

After that, they arranged a meeting in parliament and ensured Maliki’s rise to power. In other words, Maliki was not a well-known or influential figure by any rate, yet he became a viable option when Iran and the United States United States were looking for a middle ground figure, a game that frequently went wrong.

The nature of these gatherings and conversations highlight the inherent fragility of the Iraqi politicians. They consequently focus on cementing their power by crushing criticism or opposing views, and on creating barriers between themselves and the public. Their world is primarily shaped by internal fighting; such is the case of Maliki and Muqtada al-Sadr. Conspiracy theories become justifications for cemented worldviews, and fragile, reactionary, and narcissistic features are the main characteristics of political discourse.

The ways in which these needs manifest is in many ways Quixotic. The maintenance of a circle that can help realize these needs relies on the flow of money and collectivistic distribution. This can be heard in Maliki’s conversations from the leaked recordings, where guests demand financial support to materialize their idea of having armed groups in every province in Iraq.

What these confessions also reveal is the unwillingness of the current elites to hand over power to others. This lust for power is the main reason for their dependency on kinships, networks of relatives, and tribes–all tied together by the same thread of nepotism that is cultivated by the objective of power consolidation. Maliki’s infamous phrase, ‘we won’t give it,’ is symbolic of this idea. In a small gathering in 2013, after someone chanted for Maliki and mentioned that they wouldn't give it to them, Maliki makes the now-famous statement, "Is there anyone who can take it [power] from us until we give it to him?" a sentiment shortened and memorialized in Iraqis’ collective political consciousness. This shift to kinship politics is widespread in Iraq and is having a negative impact on the country's democratic future. All these features and desires are compatible with the current trend of anti-democratic age of strongmen.

In the bigger picture, the leaked audios can help explain why dynastic politics have come to dominate the main government institutions of Iraq. These exclusive institutions hinder the path of development. The small circle meetings are a sort of institution that serve and protect a particular personality rather than the country and its interests. It is important for Iraqis and outside observers alike to know the understand nature of these circles and the influence they exercise over political decisions, as their influence will have to be addressed if Iraqi politics hopes to reform. Overall, these meetings are a demonstration of how culture and traditions can continue to be an impediment to any form of modernization.

MEE: Nouri al-Maliki is plotting his comeback in the upcoming elections

"Mission Impossible": Al-Maliki as PM for a third term