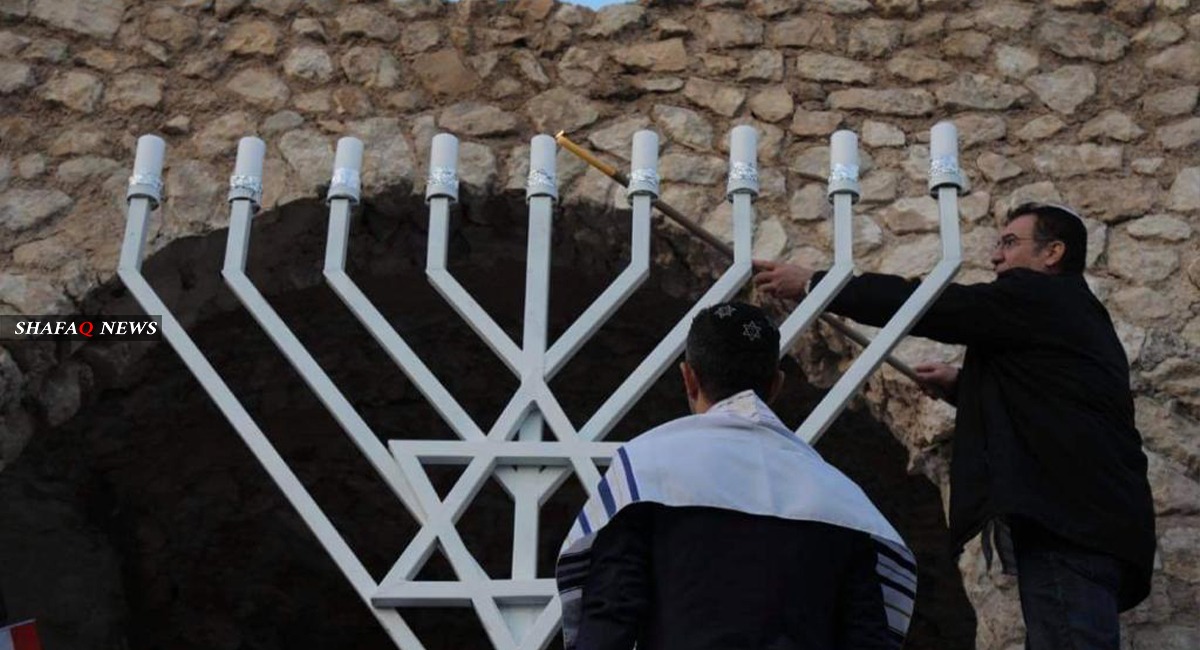 Shafaq News/ Members of the Jewish community are trying to rekindle their attachment to their historical roots and return to Iraq; especially through Kurdistan, as it has opened its doors for them within the framework of freedoms granted to different religious communities.. At a time when the Association of Kurdistan’s Jews is looking forward to normalizing relations between Baghdad and Tel Aviv; to push for the restoration of official recognition of their religious identity in Iraq.

The Kurdish Jewish Association official, Ranj Cohin, told Shafaq News agency that the Jews in Iraq still register as either Muslims or Christians, adding that he is waiting for the normalization of relations with Israel -like many Arab countries, to restore their religious identity.

Cohin said that the Normalization is the first task ahead of them; adding that they are about to open a center in Erbil to formally practice their religious rituals.

Jews had been living in Iraq for about 700 years, and they made up about 2.6% of Iraq's population in 1947. However, their numbers declined to about 0.1% by 1951 –only three years after Israel was declared.. According to many historians, Iraqi Jews have been subjected to two forms of attacks, due to suspicions of them being linked to Israel, and attacks believed to have been carried out by pro-Israeli gangs -to force Jewish families in Iraq to fear and emigrate.

A foot in Alqosh and another in Kurdistan

Cohin said that Kurdistan’s Jews are practicing their activities smoothly, particularly their religious rituals, holiday ceremonies, and religious events..But they are looking forward to building their own temple within Kurdistan, "We are currently practicing our rituals mostly in the shrine of Prophet Nahum in Alqosh, but we are trying to open a temple in consultation with Kurdistan’s regional government, like all other religions”.

Prophet Nahum's shrine is located 40 km north of Mosul at the northern end of Alqosh in Nineveh. According to Jewish beliefs, it belongs to the Prophet Nahum, whose prophecy was written in the Jewish Bible (the Old Testament), and lived in the 7th century B.C.

When asked about the practice of their religious rites, Cohin said, “Kurdistan’s parliament’s Law 5 of the year 2015, gave the right to practice religion and to conduct religious rites freely; one of the religions licensed by the Ministry of Endowments and Religious Affairs is Judaism”.

Iraqi Jews say that in 1950, the Iraqi government issued a decision to unfairly revoke their citizenship and that the Nuri al-Said government -during the monarchy, made matters worse when it issued a law freezing the funds of those who have been revoked in October 1951. The majority of Iraqi Jews have emigrated either to Israel, the United States, or Britain.

"Because of security reasons, we cannot reveal the names of the Jewish families in Kurdistan. These statistics are kept only for ourselves and are in the Israeli Immigration and Displaced Ministry’s possession", Cohin said.

"Israel has begun to conclude peace agreements with most Arab countries, and Iraq is not an exception.. But due to the political parties’ conflicts at the moment, it is difficult to normalize relations. Yet there are attempts by the Iraqi Jewish community abroad -as well as at Iraq and Kurdistan, to normalize with Israel. We are waiting for the normalization of relations between Iraq and Israel to return our Jewish religion to the civil status registers and return Jewish property to its owners throughout Iraq”, Cohin added.

Kurdistan’s Regional Government said that about 400 families of Jewish origin living in Kurdistan, but have converted to Islam and have officially registered as Muslims.

"The Jewish religion is one of the eight religions licensed in Kurdistan", Mariwan Nakshabandi, director of qualitative security at the Ministry of Endowments and Religious Affairs of Kurdistan, told Shafaq News agency.. Adding that the Jews in Kurdistan have their own directorate as well as the right to practice their religious rites freely.

“There is 80 Jewish family in Kurdistan. There is a wide openness to religions in Kurdistan”, confirmed Dindar Zebari, Kurdistan’s regional government’s coordinator for the response to international reports.

"At the moment, we have a directorate for religious coexistence in the Ministry of Endowments, as well as religious directorates”, Dindar added.

And about the possibility of appointing a Jewish or Zoroastrian minister in the future Governments of Kurdistan, Dindar said, "They have full rights as they are part of Kurdistan’s fabric”.