Iraqi-U.S. coordination to ramp up border security with Syria 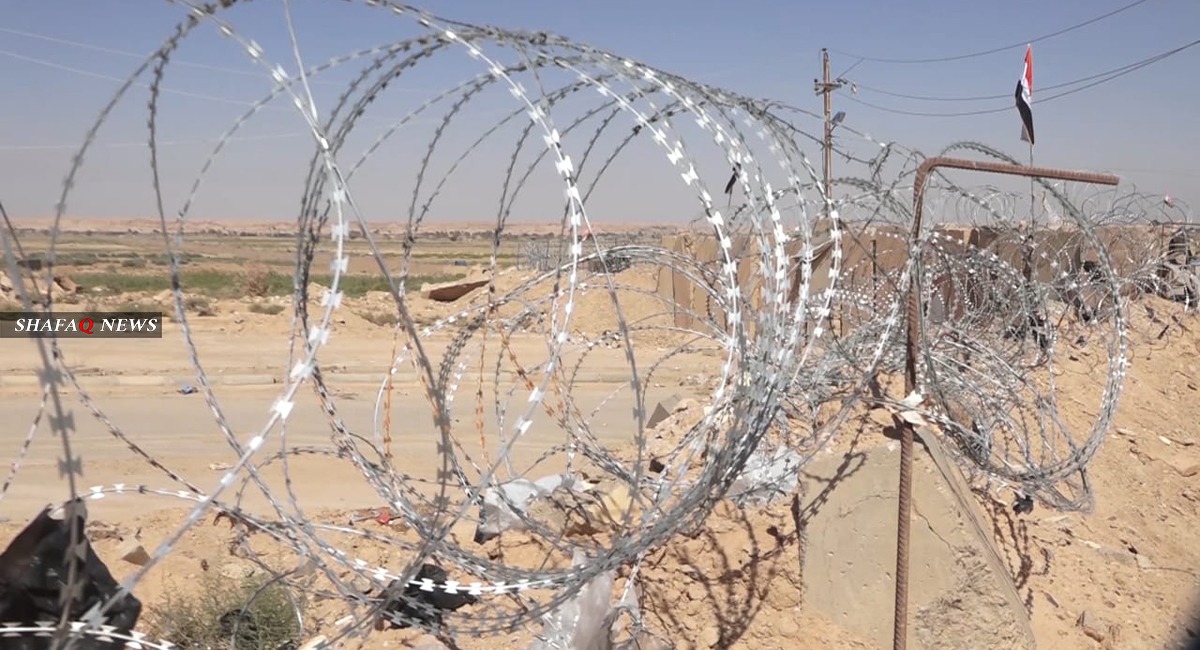 Shafaq News/ A coordination between the Iraqi security authorities and US-led Coalition started at the beginning of May by digging a trench and employing advanced surveillance technologies along the borders, to tighten security and prevent terrorists from reaching Iraq.

Despite eliminating ISIS from Iraq in 2017, the terrorist Organization is continuously seeks to infiltrate from Syria.

According to Al-Monitor, The infiltration of terrorists through the Syrian-Iraqi border is not ostensibly a new problem. In 2009, former Iraqi Prime Minister Nouri al-Maliki accused Syria of supporting and training terrorists.

Speaking to Al-Monitor, Iraq's armed forces spokesman Yahya Rasoul pointed to “the successful coordination between the Iraqi forces and US-led coalition in digging the trench, and ensuring surveillance and reconnaissance operations through new capabilities, such as an unmanned aircraft system,” He stressed that “terrorist outfits continuously seek to cross from and into both sides of the Syrian-Iraqi border.”

He noted that “nearly 150 watchtowers will be set up across the border area, beginning at Mount Sinjar, as part of the Syria-Iraq border security project.”

Rasoul explained that in addition to “the trench that is 3 meters [10 feet] deep and 3 meters wide, embankments, barbed wire and advanced thermal imaging cameras that the coalition provided will be installed.”

He added, “The trench, the embankments and ongoing pre-emptive security operations against terrorism will stop any security danger coming from the northeastern parts of Syria, where the Syrian army is absent and many terrorist outfits are present. Prime Minister Mustafa al-Kadhimi ordered full control over the border with Syria.”

Fadel Abu Ragheef, an expert on extremist groups at the Development Research Center, told Al-Monitor, “The infiltration of terrorist groups will be curbed in the next stage, using advanced technology.”

He said, “More than two-thirds of the 605-kilometer [376-mile] Iraqi-Syrian border has been secured, through military engineering, and with the participation of the Joint Operations Command and the Ministry of Water Resources. This coordination provided the necessary machinery for digging trenches and gullies.”

Abu Ragheef anticipates that “more than 85% to 90% of the border will be secured, which will automatically curb any infiltration without the need for human resources.” He expects to see “tangible results in the short term.”

Since the end of 2020, Iraq has sought to preserve security achievements and prevent terrorists from crossing from and into the two countries.

The spokesman for the Iraqi Joint Operations Command, Tahsin al-Khafaji, told Al-Monitor, “The joint efforts by the US-led coalition, the defense and water resources ministries, and the Popular Mobilization Units [PMU] will ensure putting in place a trench along the Iraqi-Syrian border, as well as embankments. All of that consists of natural barriers that would impede the infiltration of terrorist groups and smuggling.”

Speaking to Al-Monitor, parliament member Falah al-Khafaji of the Victory Alliance (Al-Nasr) warned, “In case the efforts were limited to digging the trench, nothing will be achieved. Resorting to advanced surveillance technologies without training personnel on how to use them efficiently will be ineffective as well.”

He added, “The Syrian-Iraqi border has been a source of suffering for Iraq over the past years due to the presence of terrorist groups on the Syrian side.”

Khafaji noted, “Cooperation is necessary between the US-led coalition, Iraqi security forces, Peshmerga forces and the PMU in order for the trench and surveillance equipment, which cost Iraq a large sum, to bring good results.”

Preventing terrorist infiltration of Iraq's border from Syria depends on coordination not just with the US-led coalition, but as part of a coordination with neighboring countries, Syrian Kurdish forces and at times Russia.

ISIS had effectively removed any border between Syria and Iraq in 2014 after it took control over large parts of the two sides, as well as the Abu Kamal-Qaim border crossing. That could happen again in case the US-led coalition’s aircraft halted its strikes against IS and the security grip was loosened over the border. Al-Monitor concluded.

Islamic State hits back, aided by power vacuum in Iraq and Syria

Repatriation of Kyrgyzstani militants’ families from Syria and Iraq in limbo

Why the UAE is publicly embracing Syria-Report