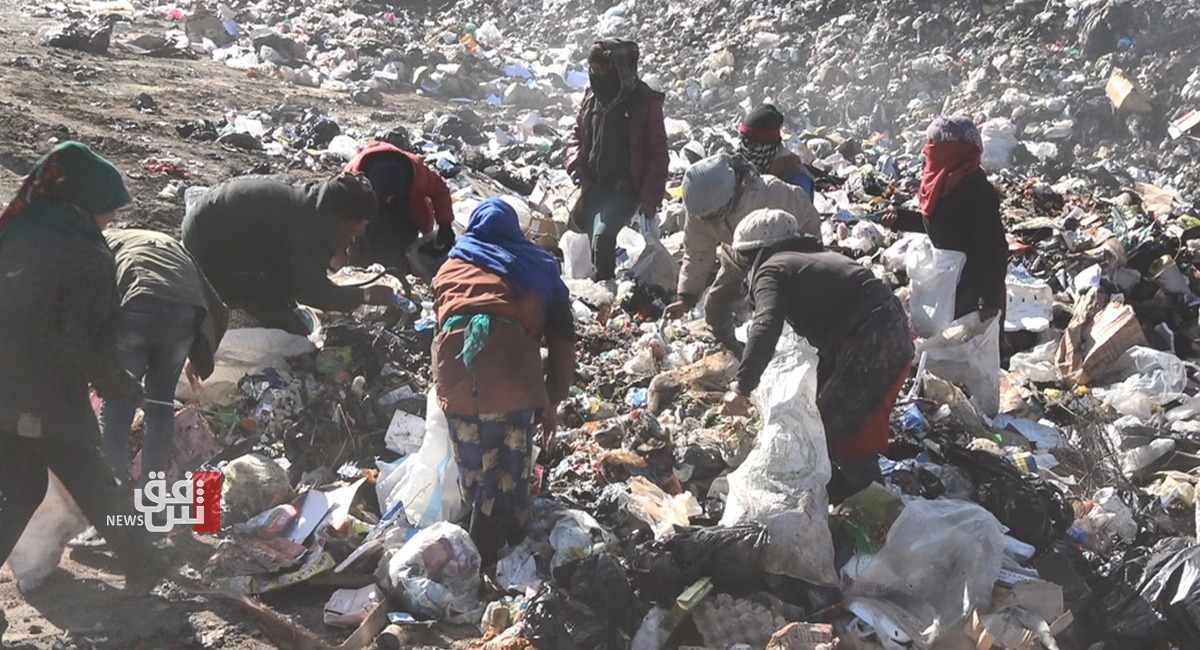 Shafaq News / In a dump in Derik city's outskirts, northeastern Syria, women, men, and children search and gather food residues to stop their hunger, plastic bottles to sell, and clothes to wear.

Ten years of the Syrian crisis have led many families to turn to dumps in search of anything that could fill their empty stomachs and save them some money in light of the country's economic downturn.

Amid oil-extraction machines, Yusra Yasin looks with bare hands among the piles of waste for an edible piece of food or a piece of clothing to protects herself from the cold, "With the breaking of dawn, I go with my 10-year-old son to this dump every day. We wait for garbage cars and look between the piles for plastic and copper that can be sold. The day often ends without finding anything that can provide food to my family".

Yusra said that she looks for more than five hours every day between the garbage and collects what worth between 2,000 and 3,000 Syrian pounds (less than 1 dollar).

"We often cut our hands as we tear up bags and cans. I have lung problems like everyone else here because of the smoke from burning waste. Some of us got infected with COVID-19, yet we can not stop working because this is our only source of livelihood", said Najah.

She was overwhelmed by finding a little doll that she said she will take to her three-year-old daughter. "I am doing all of this for them", she says, referring to her five children.

In a tragic scene, women and children race behind garbage cars coming into the dump, as, according to Najah, who arrives first will win the prizes before the others.

Children take a little break and gather around a fire in the dump. 13-year-old Sami said that he dropped out of school so he could work alongside his mother. When she is sick, he works alone, "I love working, but it is tiring here. In the summer, I am going to learn a profession, but I do not like working for strangers because they treat us harshly".

With the start of the conflict in Syria in 2011, the country experienced its worst economic crises, which was accompanied by the collapse of the Syrian pound's value. The exchange rate of one dollar against the Syrian pound reached 3,600 SYP, while one dollar worthed less than 50 SYP before the crisis.

According to international reports, the purchasing power of Syrians, the majority of whom now live below the poverty line, has majorly declined.