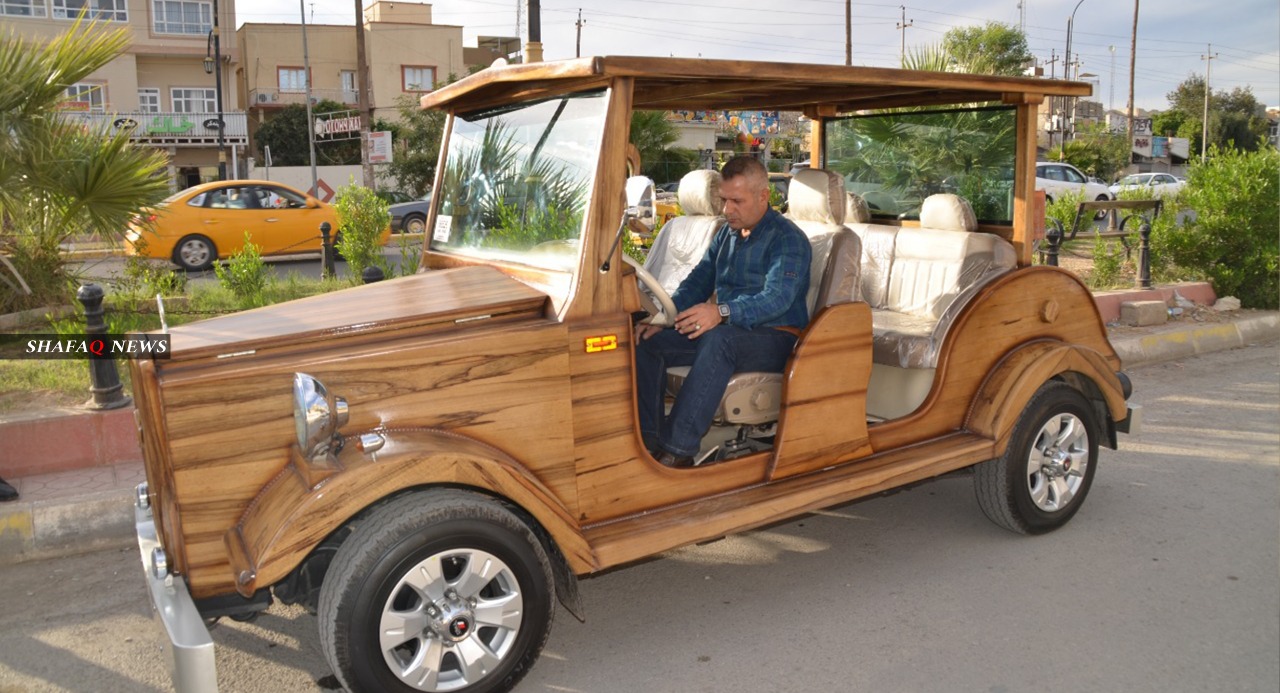 Shafaq News/ You have the right to be surprised when a wooden car passes by in Kirkuk's streets.. This car is a wooden version of a Mercedes type 1953, manufactured in Kirkuk with wood brought from Sulaymaniyah.

The COVID-19 pandemic and the preventive measures enforced in Kirkuk when the pandemic spread, prompted Abdullah Ahmed to fill his long free time by accomplishing something different and interesting.

"Two years ago I was thinking about making a car, but my busy job prevented me from doing so; but by the time the Coronavirus (COVİD-19) spread and the curfew started, I had the opportunity to make that car but with wood", Ahmed -44 years old, told Shafaq News agency.

"I love my profession as a mechanic and mastered it well; so I took advantage of it to make this car..It took me six months -with the help of one of my employees, to make it. I had this idea after watching a report about old and luxurious cars such as 1953’s model Mercedes..I made the same type of car, but with Al-Sulaymaniyah’s Jakes wood”, added Ahmed.

Ahmed, who has lived in Kirkuk for more than three decades, said that the car is safe to drive and can endure all weather conditions. Noting that the engine and other parts of the car were purchased from old car repairing shops.

Ahmed concluded by talking about the sign placed in the front of the car, “It bears the first letter of my name in Kufic script”.