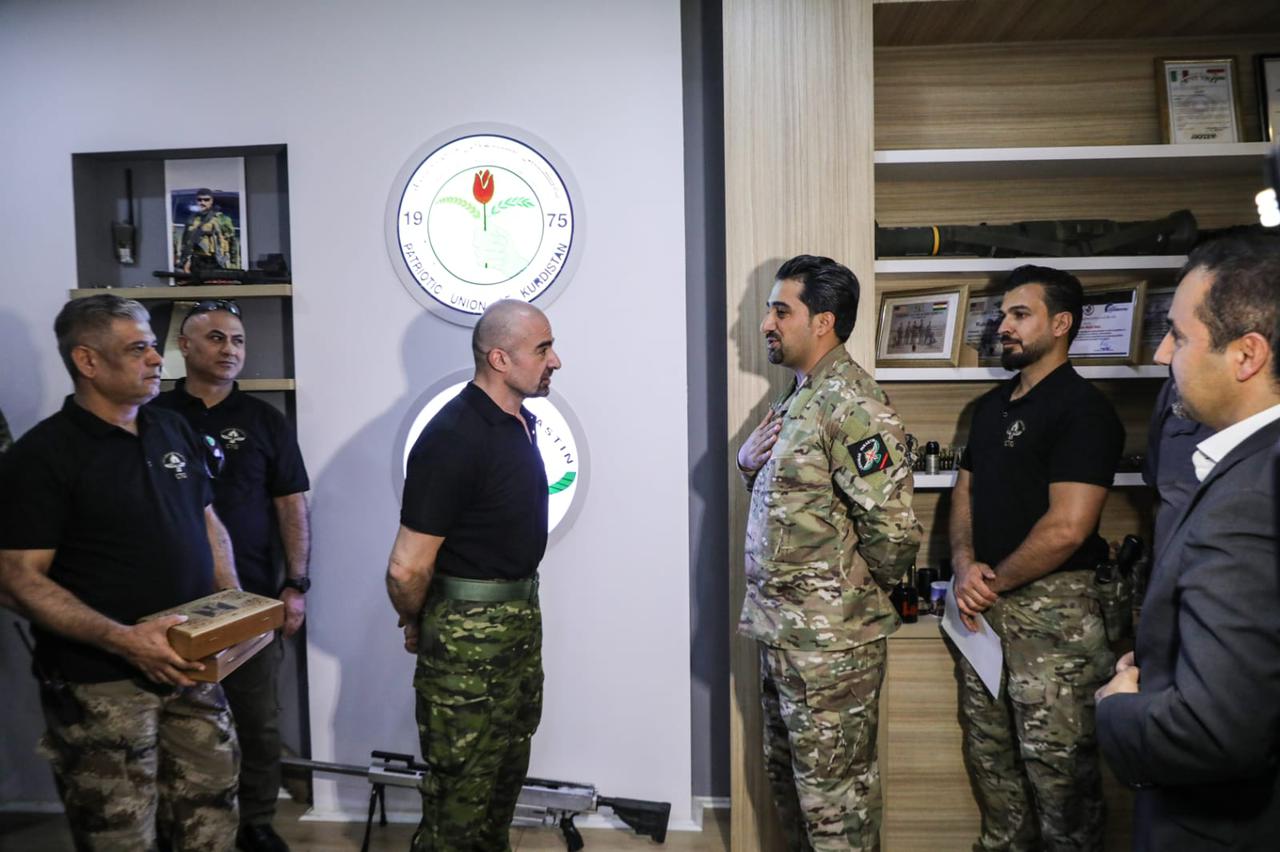 Shafaq News/ Wahab Halabji officially assumed today his duties as the leader of the counter-terrorism service al-Sulaymaniyah Governorate, which the Patriotic Union of Kurdistan supervises.

The co-chair of the Patriotic Union of Kurdistan, Bafel Talabani, and Qubad Talabani, the Kurdistan Region deputy prime minister, met on Sunday in al-Sulaymaniyah with Mustafa Jawersh, commander of the 70th Peshmerga forces.

After the meeting, Bafel and Qubad Talabani introduced Wahhab Halabji as commander of the counter-terrorism services.

Earlier today, A security meeting supervised by the Deputy Prime Minister of the Kurdistan Region, Qubad Talabani, in al-Sulaymaniyah, announced today that Azhey Amin had been appointed as the new head of the Zanyari Agency for Security and Information of the Patriotic Union of Kurdistan.

A statement from Talabani's office said that the latter called on the security institutions to protect security and stability and enhance coordination to achieve this goal.

Qubad Talabani, the son of the union's founder, Jalal Talabani, and a leader in the party, also indicated that the security institutions should not interfere in any way in political matters, but rather assure citizens.

A conflict erupted between the co-leaders of the Patriotic Union of Kurdistan, Bafel Talabani, and his cousin Lahur Talabani. According to leaks, the dispute culminated between both sides to military tension.