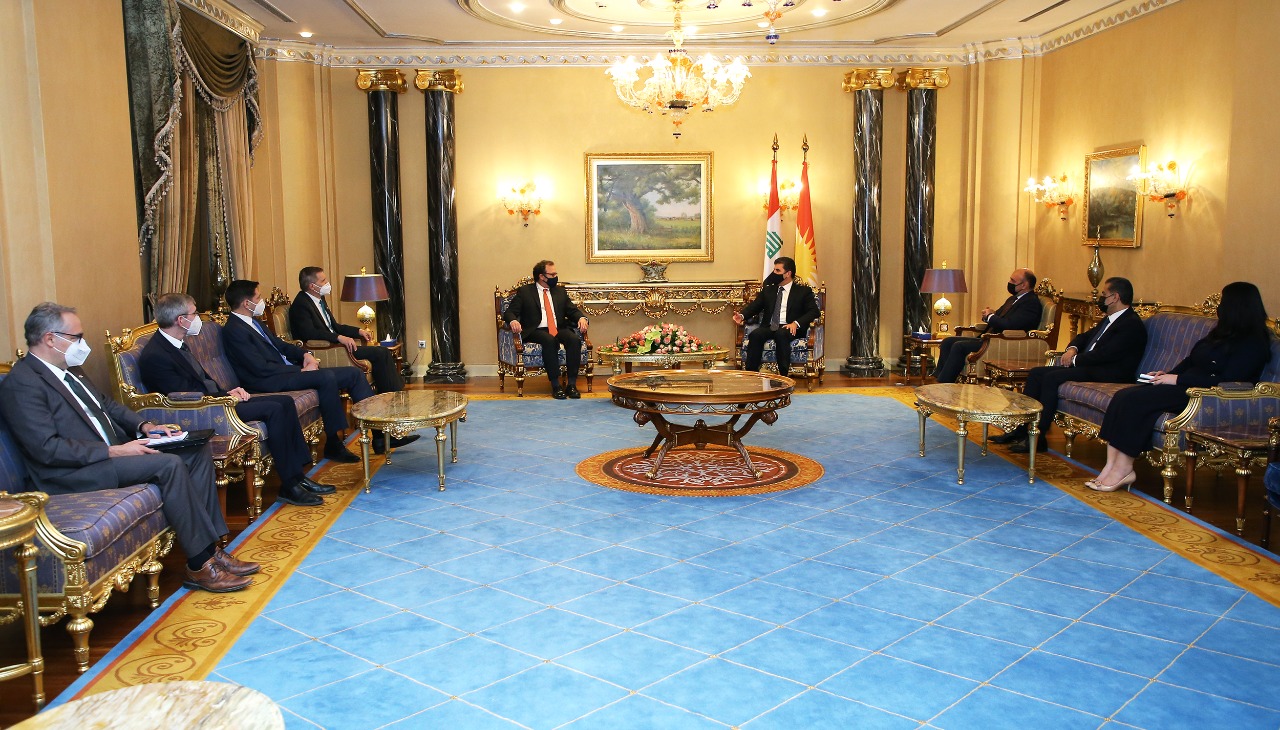 Shafaq News / During his meeting with the President Nechirvan Barzani, today, Wednesday,  David Schenker, Assistant Secretary of State for Near Eastern Affairs renewed the United States desire to strengthen its relations with Iraq and the Kurdistan Region.

In a statement by the region’s presidency, the US official confirmed the US support for Iraq and the Region in confronting terrorism and eliminating ISIS.

“The two sides discussed political and security developments in Iraq, the Corona virus pandemic, the economic and financial situation in Iraq and Kurdistan, ISIS attacks, the outstanding problems between Erbil and Baghdad, the relations with the United States and neighboring countries, the situation of the displaced and the demonstrations in the country.” it added.

The statement indicated that the two sides stressed the importance of further coordinating to reform by investing in other sectors than oil.

During his visit to Kurdistan, Schenker visited the Kurdish Prime Minister, Masrour Barzani and the Kurdish leader Masoud Barzani accompanied with a delegation includes the US ambassador to Iraq, Matthew Toller and US Consul in Erbil Rob Walk.