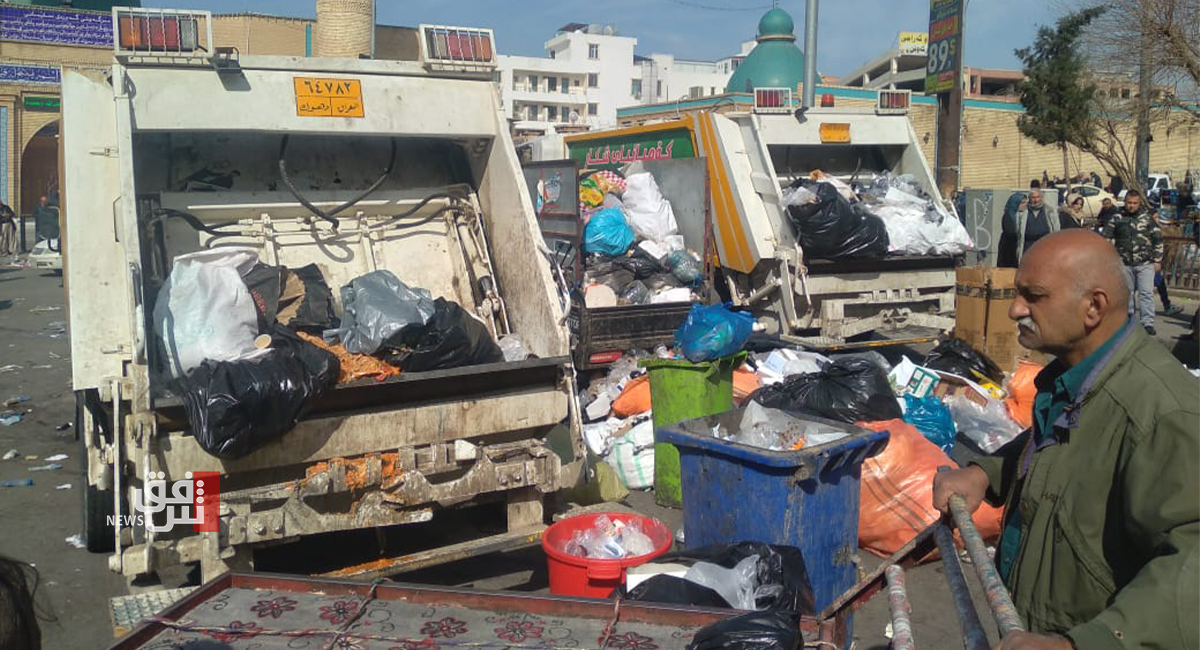 Shafaq News/ Sanitation workers went on strike in al- Sulaymaniyah on Tuesday over salaries as steaming heaps of garbage piled up across the city.

Abu Bakar Fakher, the regional manager of al-Sulaymaniyah in Shakar sanitation company, "the company has not received any payments from the Directorate of municipalities for three months," adding, "we do not know the reason behind the procrastination. We have sent many notifications but still no answer."

"100 workers went on strike in the downtown because the company was unable to disburse their salaries," demanding the Ministry of Municipalities immediately release the entitlements.

It is noteworthy that the Ministry signed contracts with three domestic companies earlier this year. The three companies suspended their activities as they did not receive any payments so far.

Al-Sulaymaniyah Mayor calls on sanitation workers to end their strike