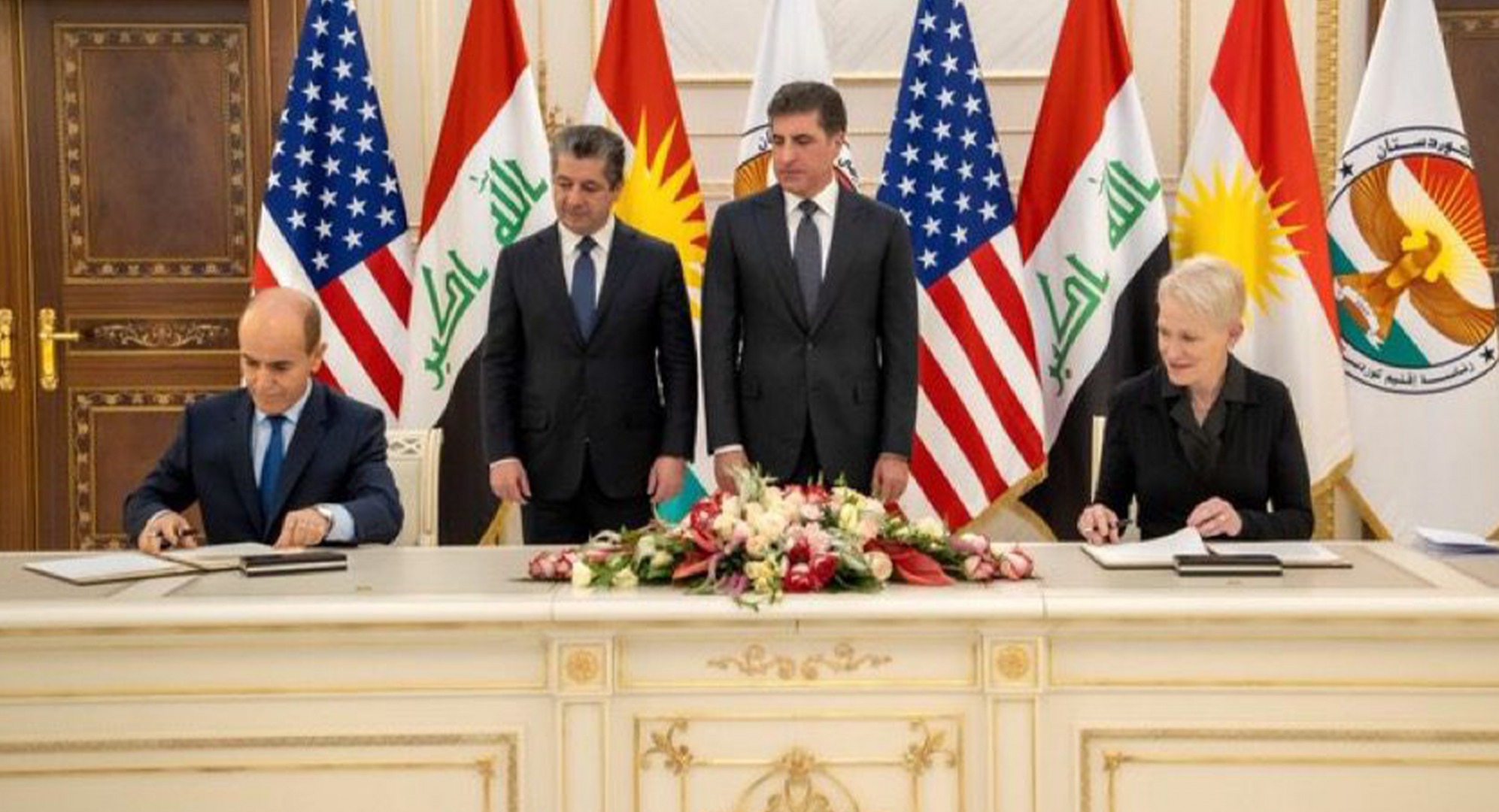 Shafaq News / The President of the Kurdistan Region, Nechirvan Barzani, emphasized the importance of military cooperation between the Ministry of Peshmerga and Washington.

Barzani said in a statement, "Delighted to meet with Assistant Secretary of Defense Wallander and oversee the signing ceremony of Memorandum of Understanding between US Department of Defense & Ministry of Peshmarga Affairs."

"We remain grateful for continued US support to KR & Iraq in the fight against terror", he added.

A statement by the Regional Government said that the meeting discussed Washington-Erbil relations and ways to enhance them, as well as the memorandum of understanding that will be signed later today to support the Peshmerga forces and develop security and military cooperation.

PM Barzani praised the U.S. support for the Peshmerga forces, especially in their war against terrorism.

For her part, Wallander said, "I am honored to be here today to sign the Memorandum of Understanding, which represents a milestone in the relations between the Kurdistan Region and the U.S."

The meeting also shed light on the reform process in the Peshmerga forces and the Baghdad-Erbil differences.

Kurdistan's President to meet with the minorities' representatives on Monday