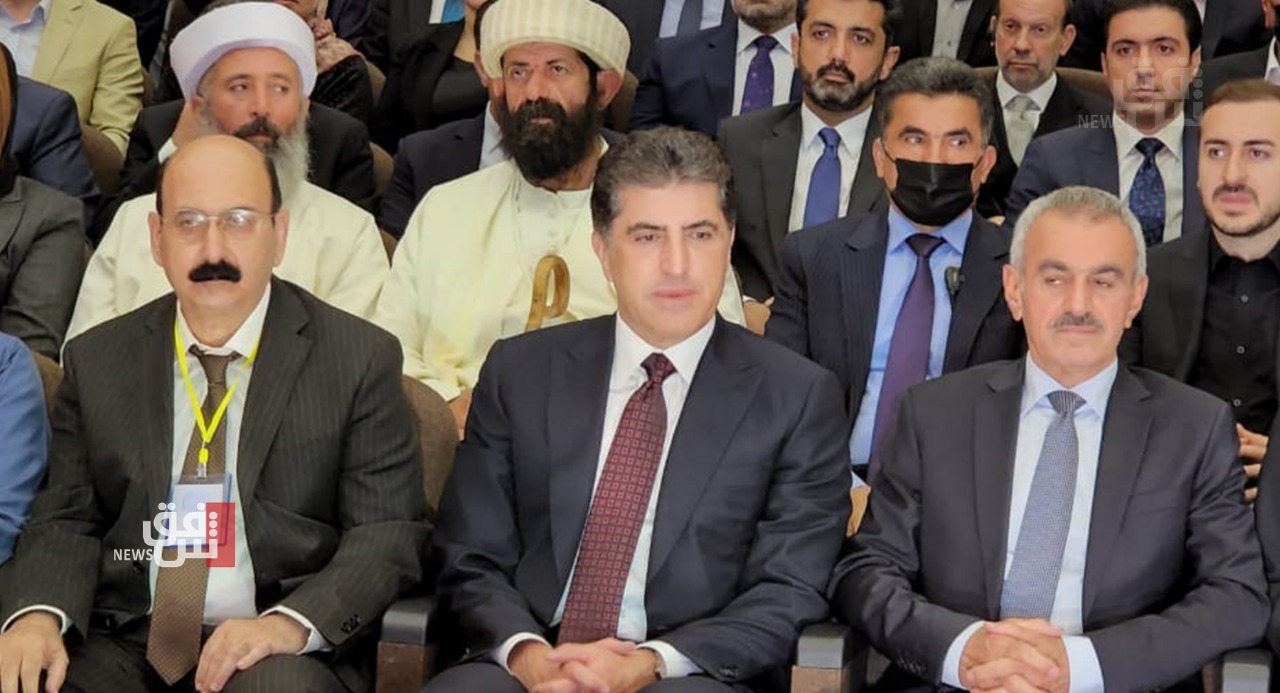 President Barzani said in a speech in the Semeil district of Duhok on the eighth anniversary of the genocide against the Yazidis, "There are still 325,000 Yazidis living in displacement camps, and 100,000 of them have migrated outside the country."

He said, "We promised to work to help the Yazidis to liberate their kidnappers, and we were able to free 3554 of them.”

The Kurdish President thanked the people of Dohuk Governorate for the assistance they provided to the Yazidis during the crisis saying that “President Masoud Barzani pledged to liberate Sinjar, and fulfilled his promise thanks to the blood of the Peshmerga.”

President Barzani also thanked the countries that are parts of the US-led Coalition for their assistance in liberating Sinjar from ISIS and called on international organizations to provide assistance in reconstructing the district.

The political and security situation in Iraq is witnessing tension and has reached a very dangerous level, which “requires the cooperation of all parties to preserve the security and stability of the country.”

On the political deadlock, Barzani renewed its calls for all parties to sit at the dialogue table to overcome the current crisis.

On the situation in Kurdistan, the President said that the condition is critical and needs understanding and cohesion among the Kurdish parties.

The Yazidis are an ancient religious minority who combine Zoroastrian, Christian, Manichean, Jewish, and Muslim beliefs.

ISIS killed more than 3,000, enslaved 7,000 Yazidi women and girls, and displaced most of the 550,000-strong community from its ancestral home in northern Iraq.

UNITAD, the U.N. team investigating ISIS crimes in Iraq, has discovered more than 80 mass graves in Sinjar and has exhumed 19 of them since March 2019. It has so far identified 104 bodies by DNA samples.

Several parties welcomed the agreement between the federal government and the Regional Government, including Jordan and the United Nations.

The deal ends the authority of intruding groups and paves the way for the district's reconstruction and its people's total return in coordination between Erbil and Baghdad.

In the security axe, the agreement holds the local police and the National Security and Intelligence services to take responsibility within the district.

President Barzani praises the efforts to archive the history of Kurdistan