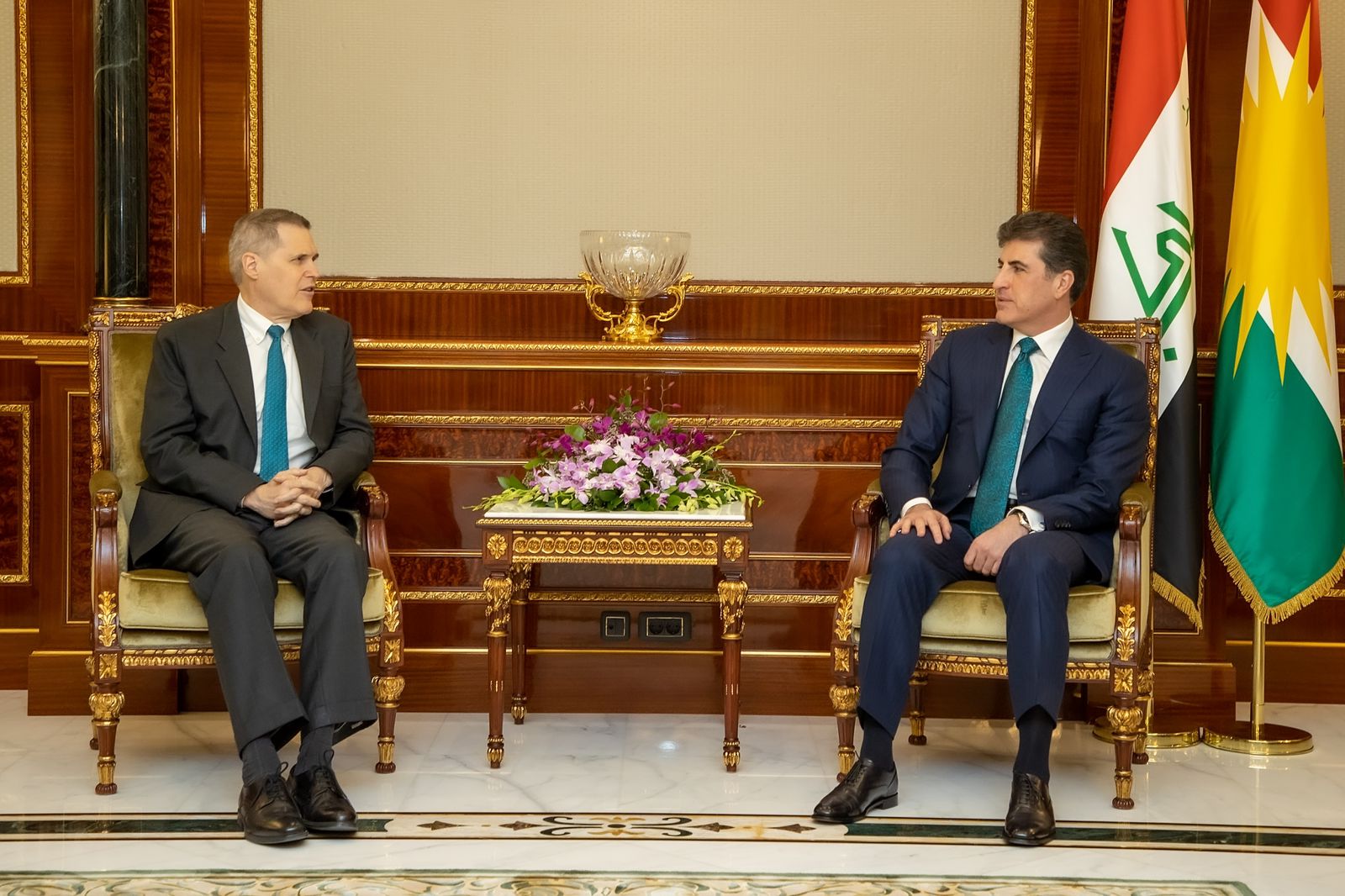 Shafaq News/ The President of the Kurdistan Region, Nechirvan Barzani, reiterated Erbil's willingness to address the disputes with Baghdad in accordance with the permanent constitution of Iraq.

President Barzani's remarks came upon receiving a US diplomatic and military delegation headed by the US ambassador to Iraq, Matthew Tueller.

According to a readout issued by his bureau, President Barzani discussed with his guests the latest updates on the political and security situation in Iraq, ISIS threats in Iraq and Syria, the US ties with Baghdad and Erbil, the Federal Supreme Court's ruling on KRG's oil and gas law, the reforms in the Ministry of the Peshmerga, and the internal situation of Kurdistan.

The US ambassador reiterated his country's commitment to supporting the Iraqi army and the Peshmerga forces, laying emphasis upon the vitality of their coordination in the battle against ISIS.

President Barzani said that the ongoing impasse has halted the progress of the political process, urging all the parties in the country to join efforts in order to put matters back on track.