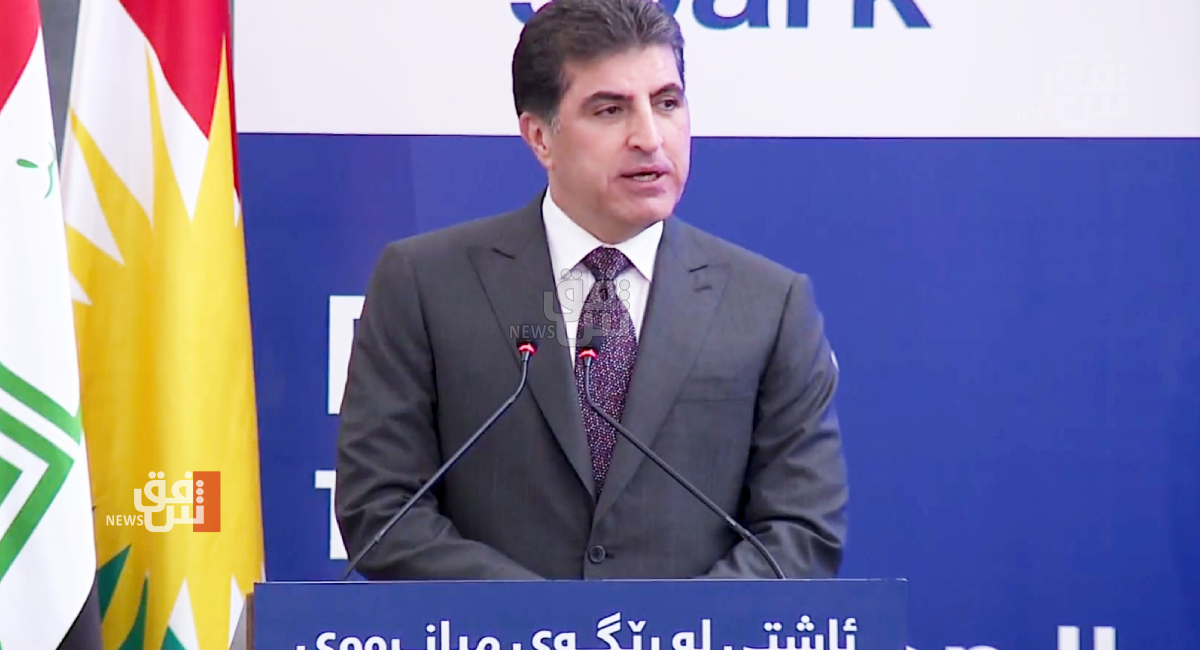 Shafaq News/ The President of Kurdistan Region, Nechirvan Barzani, said that Iraq and the region need "moderation" to solve their crises.

Speaking at the "Peace Through Moderation Conference (PTM)" in Erbil, Barzani said, "at a time when the world is facing many challenges, including the Covid-19 pandemic, conflicts, and wars, peace has become in danger."

"Iraq, for example, needs peace, as its situation affects the regional countries and even world peace. If we talk only about the modern era of Iraq, we will find many disasters that it caused to itself and the regional countries, including the war with Iran, the war with Kuwait, the war to liberate Kuwait, and the war to liberate Iraq, all happened due to the lack of the concept of peace and moderation." He said.

"We need real peace, a peace that all sects believe in, and we want all to live together in peace and tolerance, but how can this peace be built in Iraq? Iraq is a simple example of the Middle East, and it needs moderation …We need peace within the family, education, and even politics."

"In a country (Iraq) of many sects and nationalities, Clerics and politicians must have a moderation mindset. If there is no peace and moderation, ISIS, Jund Al-Islam and extremist groups would be reborn."

The Kurdish President pointed out, "If the Iraqi governments dealt realistically with their problems and resorted to peace, these disasters would not have occurred in Iraq, just as the political deadlock in Iraq is due to the lack of moderation."

"If politicians had some moderation, things weren't getting to this point, but extremism is dominant instead of moderation."

PTM highlights the importance of engaging youth and the people around them – teachers, professors, and parents – in preventing radicalization and violent extremism.

Barzani meets with “the friend of the Kurdistan people”