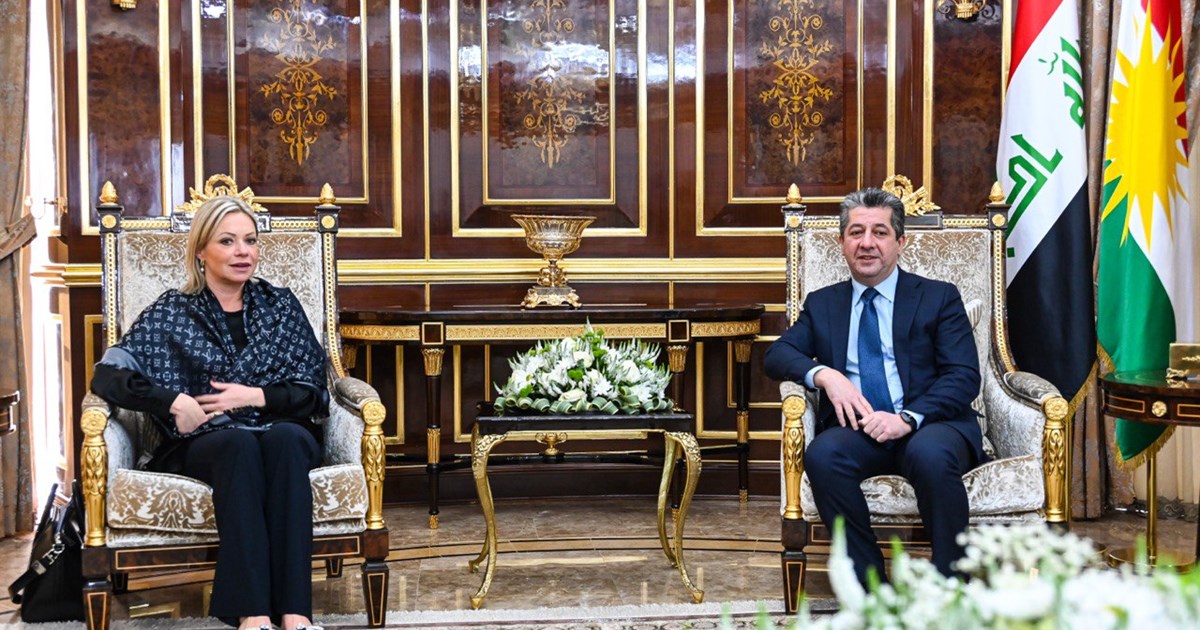 Shafaq News/ Kurdistan's Prime Minister, Masrour Barzani, discussed in a meeting with the head of the United Nations Assistance Mission for Iraq (UNAMI), Jeanine Hennis-Plasschaert, Iran and Turkey's repeated attacks on the Kurdistan region of Iraq.

According to a readout issued by his office, Prime Minister Barzani discussed with his guest the latest updates on the political situation in Iraq and the Kurdistan region.

The meeting, the readout said, laid emphasis on resolving the problems between Baghdad and Erbil in accordance with the permanent constitution of Iraq and the program of the new Iraqi government.

Barzani and Plasschaert called for respecting Iraq's sovereignty and putting an end to the attacks waged on the Kurdistan region by neighboring countries.