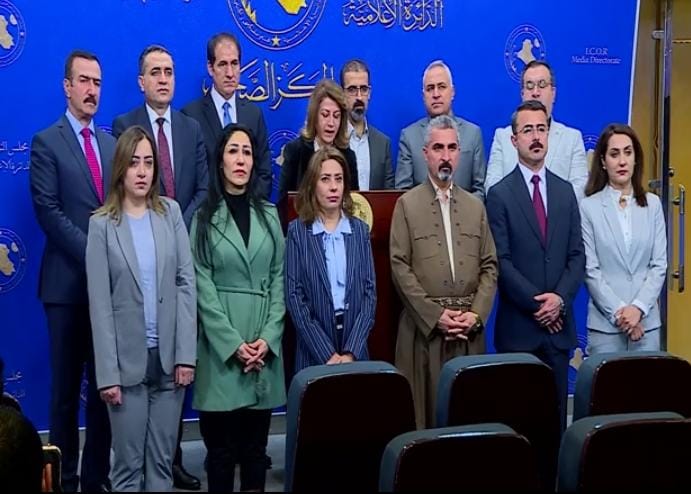 Shafaq News / The Patriotic Union of Kurdistan Parliamentary Bloc called the Kurdistan Regional Government to start handing over the agreed-upon share of oil in the budget draft law to Baghdad as a "gesture of goodwill."

The head of the bloc, MP Alaa Talabani, said in a press conference, everyone is aware of the living conditions and the challenges the people of the Kurdistan Region are going through; as a result of the economic crisis in the Kurdistan Region, the previous disagreements between Baghdad and Erbil, the budget law draft discussions, and the endeavor to stabilize the region's share and rights.

"We call on the Kurdistan Regional Government to start handing over the agreed-upon share of oil to the federal government, to continue covering the salaries of the region's employees, and to show goodwill and restore confidence between Baghdad and Erbil," she added.

Furthermore, Talabani called on the federal government to "fulfill its obligations to release the salaries of the region's employees, in a way that helps provide the appropriate ground for consensus and atmosphere to solve the outstanding problems between the two parties, which will help to approve the budget."

The deputy head of the regional government, Qubad Talabani, announced on December 22, 2020 that an agreement has been reached with the federal government regarding the region's share in the 2021 federal budget.