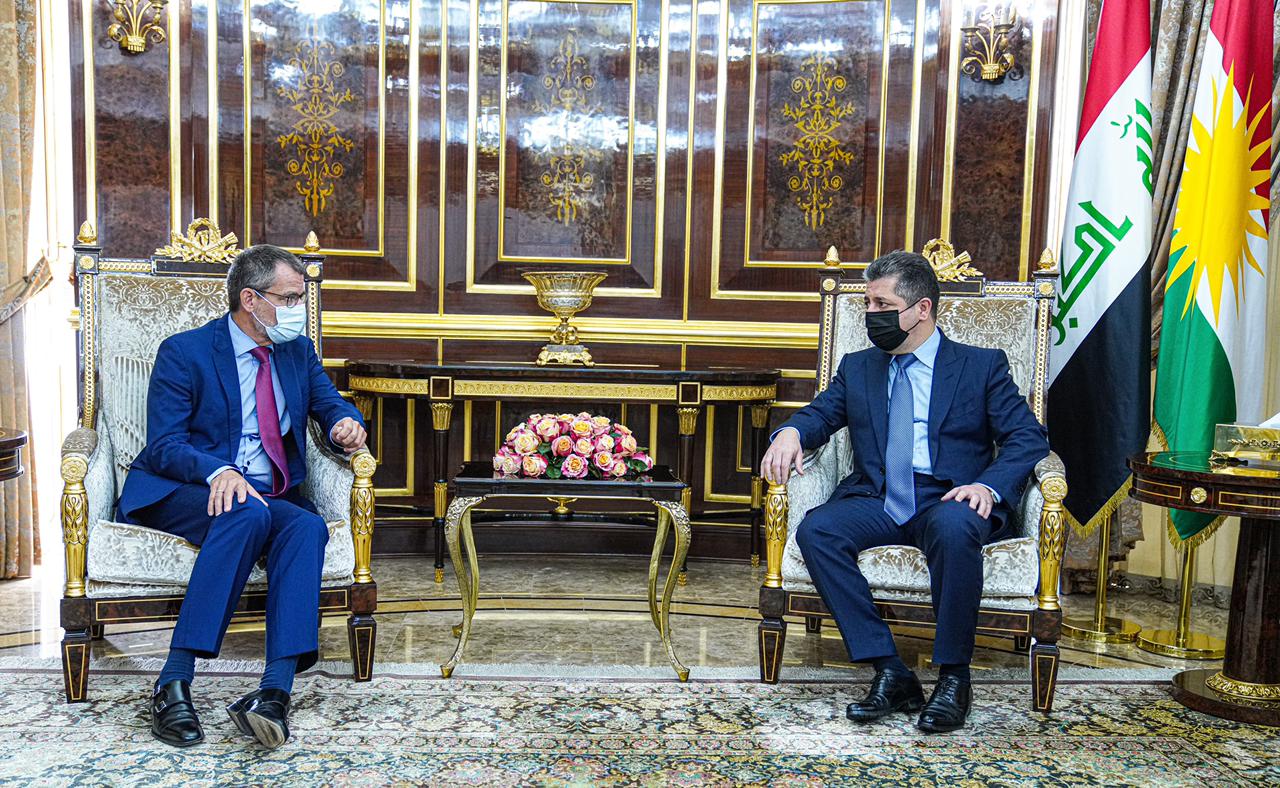 Shafaq News/ Kurdistan's Prime Minister, Masrour Barzani, hosted on Sunday the ambassador of the European Union (EU) to Iraq, Martin Huth, who visits the Region on the occasion of the end of his mission in the country.

A readout issued by the Region's cabinet, PM Barzani commended the efforts of the outgoing ambassador and his role in bolstering the EU ties with Iraq and Kurdistan and wished him success in his future missions.

For his part, the German diplomat expressed gratitude and appreciation to the relevant institutions that provided facilities to the EU mission in Iraq, asserting the EU commitment to supporting the Kurdistan Region.

The meeting discussed the latest updates on the situation in the Iraqi arena and the preparations for the snap parliamentary elections scheduled for October 10 later this year.

PM Barzani also met with Haitham al-Jubouri, the head of the Independent Gathering of Iraqi Competencies (Kafaat), to discuss recent developments between Erbil and Baghdad, a readout issued by the Government of the Region.

The meeting revolved around the vitality of holding a fair and free election to Iraq's stability and prosperity and the preparations ahead of the elections.

International organizations to PM Barzani: Kurdistan is an oasis of coexistence

Kurdistan’s Prime Minister congratulates the Yazidis on the New Year