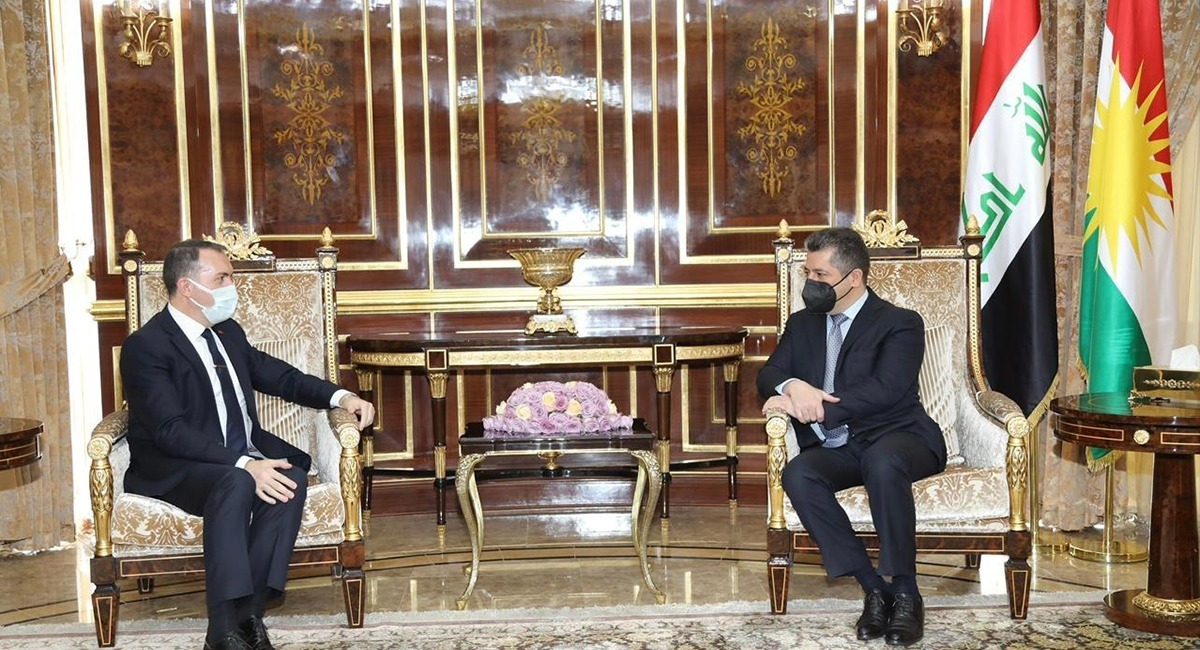 Barzani's media office said in a statement that the latter received today the Turkish ambassador to Iraq, Fatih Yildiz, on the occasion of the end of his duties, and discussed the latest developments in Iraq and the region.

Barzani emphasized, according to the statement, the importance of consolidating relations between Turkey and the Kurdistan Region,  especially in the economic sector, through coordination between the two sides.

The Prime Minister of Kurdistan commended the efforts of the ambassador during his tenure in enhancing relations between the Kurdistan Region and Turkey, wishing him success in his future duties.

Masrour Barzani expresses readiness to enhance relations with the UAE