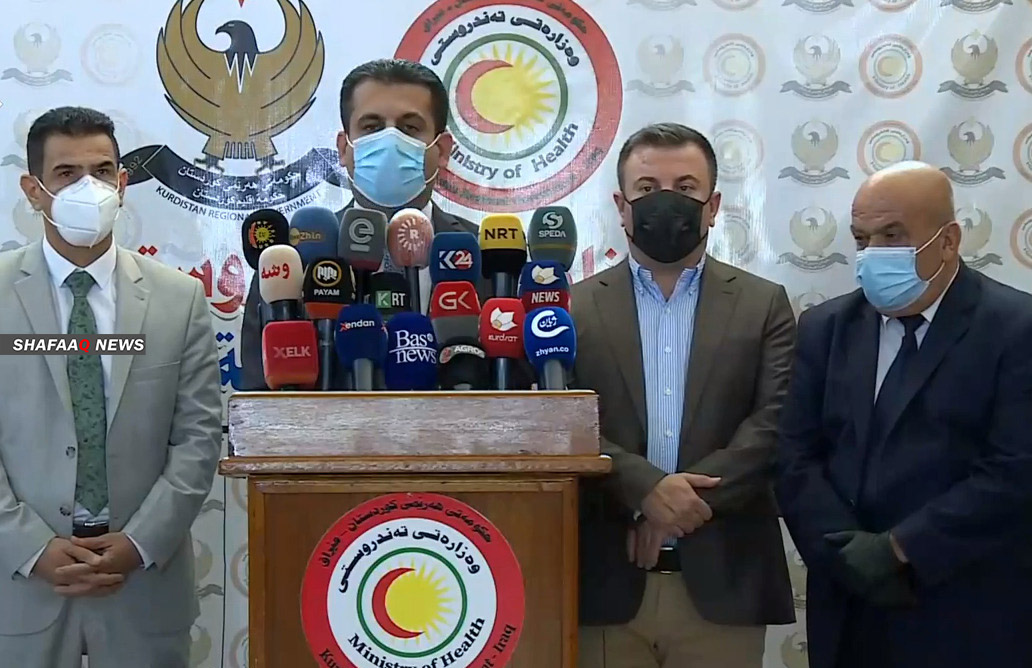 Shafaq News / The Minister of Health of Kurdistan region, Saman Barzanji, announced in a press conference in Erbil, that the region registered, on Thursday, 483 new cases, 325 recoveries and 24 fatalities of COVID-19 in the past 24 hours.

Barzanji confirmed that his ministry will conduct a comprehensive assessment of the situation in the region, indicating that the results will be announced tomorrow.

In the same context, Barzanji announced that the President of Kurdistan Regional Government allocated an amount of money to the medical staff as an encouragement for them to continue their heroic work. The funds will be distributed to the General Directorates of Health next Sunday, according to him.

Sabir Kurdistani passes away after losing the battle to COVID-19

KRG says it will not succumb to any pressure from Baghdad

Earthquakes in Kifri and Khanaqin