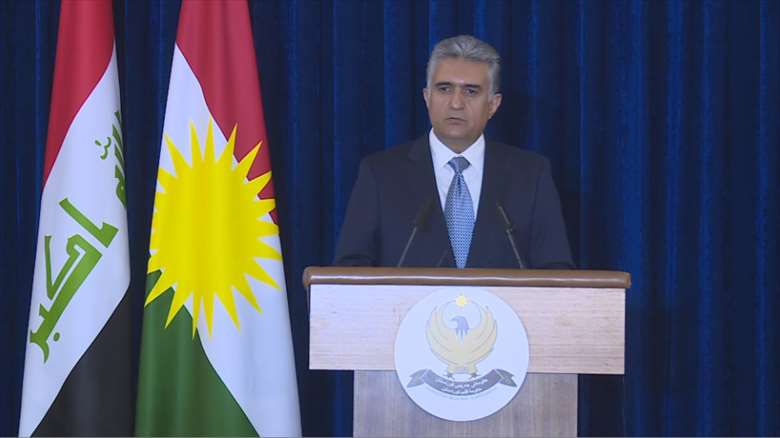 Shafaq News/ Qushtapa's attack was launched from the territories of the Iraqi forces, Kurdistan's Minister of Interior Rebar Ahmed said on Wednesday, calling on the Iraqi authorities to exert tighter control over the territories adjacent to the Kurdistan Region to abort similar attacks.

In the press conference, Minister Ahmed announced "Zakho" and "Soran" independent counties, indicating that only a part of the public departments will be inaugurated due to the financial and economic situation in the Region.

"A ministerial committee with representatives from the Ministries of Interior, Finance, and Economy, and both governorates to deliberate the implementation of this decree step by step."

"We hope the security forces put an end to those attacks. It is not acceptable that the Kurdistan Region and its capital city to be attacked from the Federal Government's territory."

"We call the security forces in charge of that territories to stop those people who want to escalate the situation and incite a strife between the Regional and Federal Governments."

Yesterday, a mortar barrage struck the sub-district of Qushtapa in the southwest of Erbil, the capital city of the Kurdistan Region.

Omar said that the Internal Security Forces (Asayish) is investigating the incident, hinting that the rockets were launched from the Debs district in Kirkuk without causing any casualties.