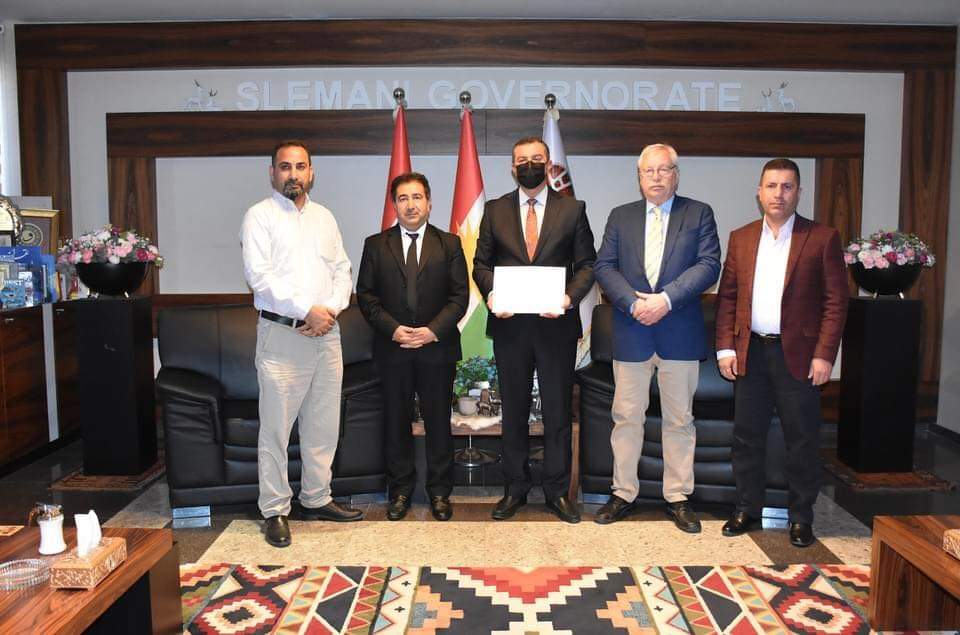 Shafaq News/ Al-Sulaymaniyah Governorate revealed its preparations to open a Finnish consulate in the region within the governorate.

The governorate said in a statement that the Governor of al-Sulaymaniyah, Haval Abu Bakr, received today at the provincial office a high-level government delegation from Finland to discuss opening a consulate in Kurdistan.

The statement added that the governor discussed with the delegation preparations to open the consulate, as well as Finland's support for the agricultural sector and environmental improvement projects.

The statement indicated that the two sides shed light on ways to develop trade, cultural and economic relations between al-Sulaymaniyah and Finland.

For its part, the delegation stressed the continuity of Finland's support for the Peshmerga forces.

After being shot in Al-Sulaymaniya; a protest dies

KRG signs a contract to provide electricity for al-Sulaymaniyah