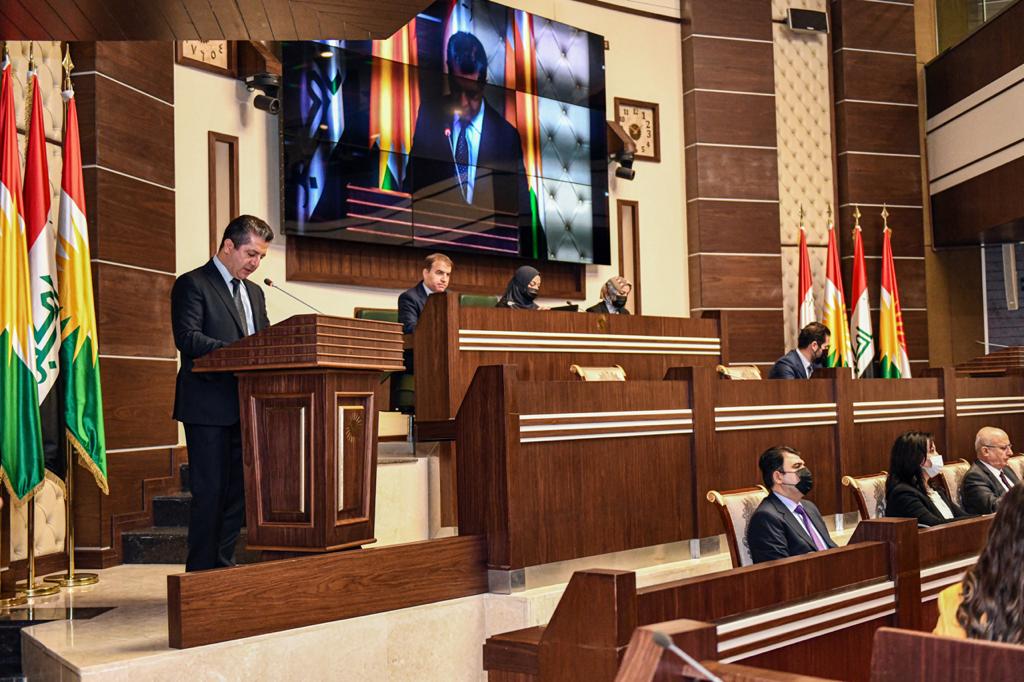 Shafaq News / the Prime Minister of Kurdistan Regional Government, Masrour Barzani, said on Friday that the situation in conflict areas, including Kirkuk, is “unacceptable.”

"The betrayal of our land sellers in Kirkuk and other Kurdish areas, is unacceptable and unforgettable and the more painful is that people do not punish the traitors." Barzani posted on the third anniversary of the “October 16 Iraqi-Kurdish dispute.”

In October 2017, an Iraqi-Kurdish dispute took place, as Iraq’s capture of the Kurdish-held city of Kirkuk.

At that time Iraqi government forces captured the major Kurdish-held oil city of Kirkuk responding to a Kurdish referendum on independence with a bold lightning strike that transforms the balance of power in the country.

Politicians in the region accused leaders of a well-Known Kurdish party of concluding a "deal" with Iraqi forces to advance.

Iraq's oil-rich governorate of Kirkuk has been the subject of contending claims by different ethnic groups for almost 60 years. It contains a blend of Kurds, Arabs, Turkmen and Assyrians, and successive Iraqi governments launched persecution and displacement campaigns against Kurds and Turkmen from the 1960s onwards.

Talabani: we insist on the return of the Peshmerga forces to Kirkuk

Barzani: Our strong relationship with the Parliament helps implementing the cabinet’s agenda

PM Barzani: to unite to overcome the crises afflicting the region