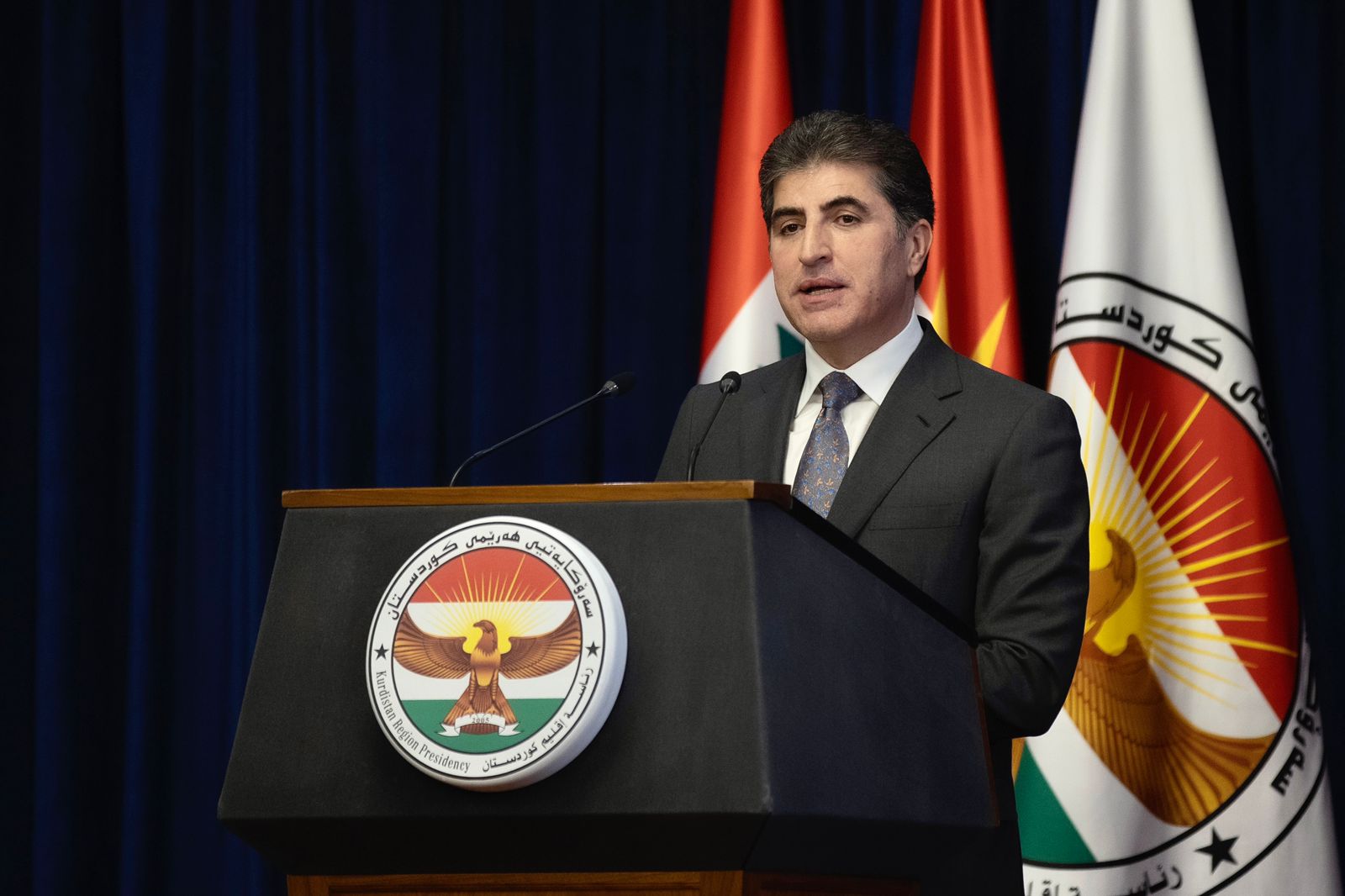 Shafaq News/ The President of the Kurdistan Region, Nechirvan Barzani, signed a regional decree appointing Judge Abdul-Jabbar Aziz Hassan as head of the court of appeal in the Kurdistan region.

President Barzani said during the swearing-in ceremony, "I reaffirm my full support for the rule of law and judicial institutions."

He added that the principle of separating powers is a basis for consolidating a democratic society.

"Our goal is to organize the work of these authorities," he noted, stressing, "there are attempts to challenge the independence and integrity of the judiciary in the region to weaken the people's confidence in it."

He continued by saying that the judiciary is one of the main pillars of the Kurdistan Region, "We do not deny that the judiciary in the region has some problems. We must admit that this power faces major problems and challenges that must be addressed, and that political parties intervene with its work."

The President emphasized the need to enable the judiciary to defend its independence, help it defend its powers granted to it by law, and prevent any person or party from intervening with its work.

In the aftermath of Kolju attack.. President Barzani calls for greater cooperation between the Iraqi army and the Peshmerga